AU’s 2017 Future Alumni Award recipient is creating safer spaces for Ontario schools – while inspiring others in North America to do the same.

On December 14, 2012, Robin Bleich was sitting on her couch watching the news when she learned of the massacre that had just taken place at an elementary school in Newtown, Connecticut, in the village of Sandy Hook. Her immediate reaction to the deaths of so many innocent children was one of complete shock. Her next thought was ‘How can I help?’

Robin, 32, is a veteran police officer in the Niagara Regional Police Service — an acting sergeant with 11 years under her belt. She’s also a student of Athabasca University, working toward completing her Bachelor of Professional Arts degree in Criminal Justice. Sandy Hook, she says, was just one crime of its kind that served as a precursor to advance her leadership of the SPEAR (School Police Emergency Action Response) Program within her organization.

As its program coordinator, Robin, based in Ridgeway, Ontario, designs emergency management response plans for the 215 schools across the Niagara region. From post-secondary to private institutions, Catholic-, public- and French systems, her plans enable her fellow officers to respond or ‘activate missions’ that, in the event of an aggressive or hostile threat, are designed to lead school community members to immediate safety.

From a natural disaster to a bomb threat to a missing child to a radioactive spill, Robin’s plans map out evacuation routes in both schools and neighbourhoods. To do this, she ventures out, on foot, to canvas communities and determine the potential ‘active’ routes a school can use in an emergency escape situation.

With respect to her Athabasca University online coursework (which she hopes to complete in two years), she says she sees a synergy with SPEAR’s virtual components. She routinely liaises with her IT department providing it with her plans for uploading and helps activate the portal from where school staff can easily log in to transfer real-time emergency information to Niagara officers, confidentially, and with ease.

Clearly an agent of change — Robin’s commitment to keep communities safe has her consulting and sharing her emergency intelligence globally. She wants to prevent future Sandy Hooks. She hopes to spearhead the formation of a central online hub that will facilitate faster transmission of information to schools. “I’d like SPEAR to be a virtual community where everybody is exercising the same plans across North America,” she explains.

Last year, she was invited to present her SPEAR work at a police chiefs’ conference in San Diego, California. That milestone, which had her address 1,500 police organizations worldwide, led to inquiries from police forces everywhere, including Connecticut. Robin has since provided consultation for a school risk management assessor in that state, informing him about her plans and tactics.

In 2015, she accepted a two-year tenure nomination to sit on the International Association of Chiefs of Police’s (IACP) Crime Prevention Committee — representing her organization as its lowest-ranking, youngest Canadian female, no less — sitting among FBI directors, chiefs and deputies. She has since extended her tenure and has been appointed Chair of the committee by the incoming IACP President. And, late last year, Robin was awarded the 40-under-40 award by the same association for her amazing contributions to her community and her profession. 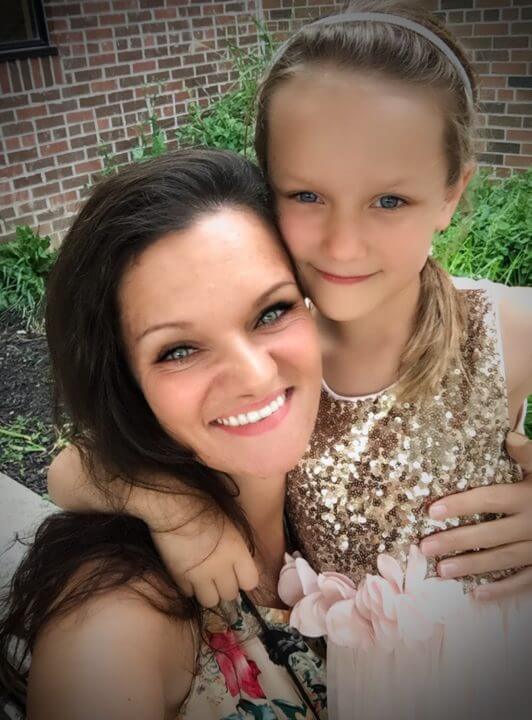 “I’d like SPEAR to be a virtual community where everybody is exercising the same plans across North America.”

Robin is an inspiring leader in the Niagara region and is active in her role as a volunteer there, helping multiple organizations, including Children are Safe and the Niagara Children’s Planning Council.

Importantly, she has made valuable contributions in her role as council member of the Athabasca University Students’ Union. It is because of these countless contributions to her community, her commitment to keeping its members safe, maintaining academic excellence while contributing to her university’s wellbeing, that Robin Bleich is the 2017 Future Alumni Award recipient.

Yet with all these accolades under her hat, she concedes her true devotion is being a single mother to six-year-old daughter — her “passion.”

“Every single little thing that I do is to show my daughter that anything can be done in this life. I’ve been told ‘No’ by friends and colleagues — that ‘you’re stepping too far into the future,’ or, ‘it’s not your time.’

Everything that I do is for her — to show her that nobody can tell you ‘No.’ If you truly are passionate about your goal, you are capable of doing anything.”

AU will present Robin with the 2017 Athabasca University Future Alumni Award on Friday, Sept. 29, in a celebration in Niagara-on-the-Lake.

Next Story Strength in numbers

All heart and hustle in this League

Have you been thinking about a second degree?

Faculty of Business | Learners | Words to the Wise |