More than five years after he began his first Athabasca University course and almost 8,000 km from where he completed most of his academic work, former Western Hockey League (WHL) scholar-athlete Carter Proft recently wrote the final examination of his final course in pursuit of a Bachelor of Commerce: Finance degree

Proft played for three seasons in the WHL, mostly with the Spokane Chiefs after he was acquired from the Brandon Wheat Kings. He was a durable left-winger on the ice, playing in every regular-season game with the Chiefs during his final two seasons.

Following the 2013-14 campaign, and faced with a choice between pursuing his hockey and academic goals at the university level in Canada or playing professionally in Germany, Proft decided upon the latter. But he didn’t lose sight of his educational ambitions, and Athabasca’s online offerings made it possible for him to earn his Bachelo of Commerce degree and become only the second WHL alumnus to earn a credential from AU. (Craig Schira was the first.)

Proft completed two courses while he was with Spokane, but it was when he began his professional career that he accelerated his coursework. While Athabasca courses are designed to be finished within six months, Carter typically completed his within a month or two. Overall, he has taken 40 Athabasca courses, 38 of them in the last four years. 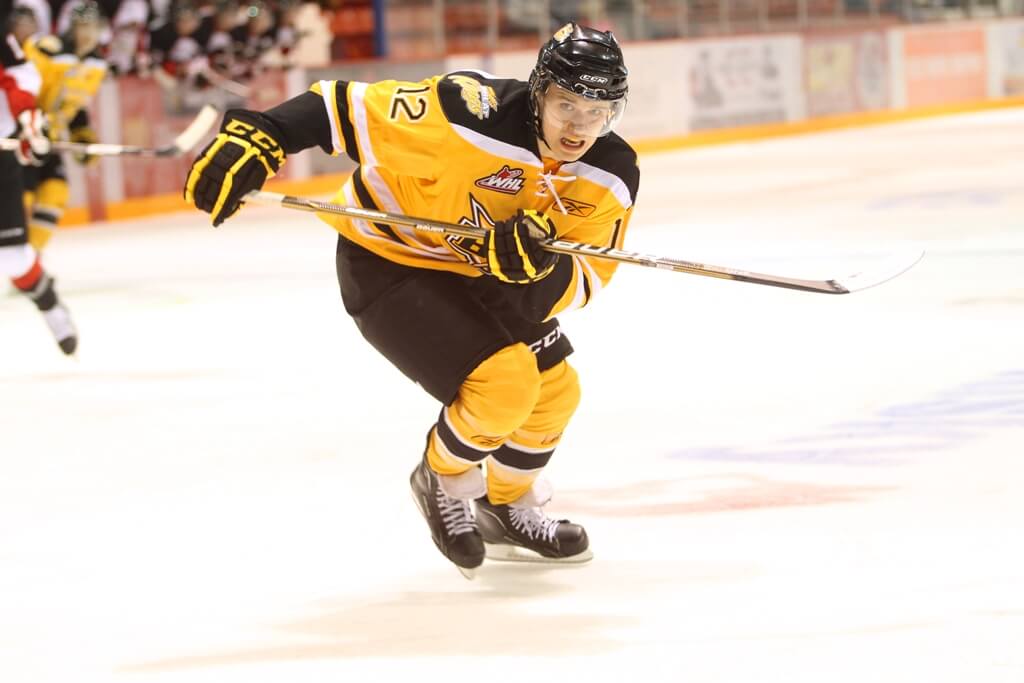 “My goal when I finished my WHL career was to play professionally in Europe, and Athabasca provided the flexibility to do that and also work toward a university degree”

– Proft said from his home in Spruce Grove, Alberta, as he prepared for his final

“They were great about helping me to find invigilators for my exams, reaching out to professors in German cities to help me. It was a pretty smooth process. And the ability to complete more exams online with the ProctorU platform made it even easier.”

Proft spends more than seven months a year in Germany. He usually spent about 15 hours a week on his Athabasca work during the season, he said, and much more during the offseason in Alberta. He worked on only one or two courses at a time, preferring not to spread himself too thin with a heavier load.

His first course in Spokane was Introduction to Marketing, and he was drawn to Commerce because he’ll be able to apply his degree in a variety of career fields when his playing days are over.

Athabasca University online courses enabled Carter to experience the best of both worlds, and he has certainly made the most of it.

Next Story International Week of the Deaf 2018

Beyond 50 | Faculty of Business | In Our Communities |

Faculty of Humanities and Social Sciences | In Our Communities | Learners |