From small-town pharmacist to cannabis king 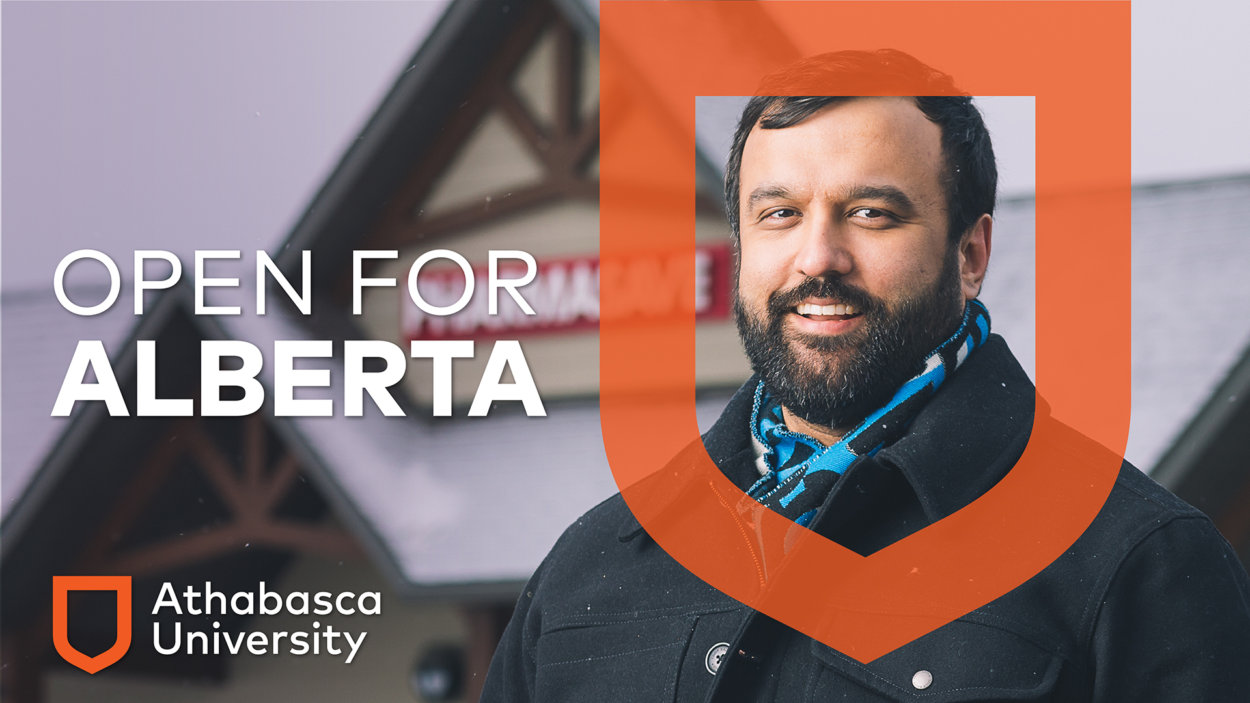 Vickram Minhas (Master of Business Administration ’17) is not even 40 but he’s already built a career as varied as it is successful.

Minhas’ journey from pills to plants includes such stops along the way as car salesman, real estate developer, hotelier and—crucially—Athabasca University MBA graduate. The latter distinction, he says, gave him the confidence to go for it all.

“I cannot exaggerate the value of what I learned through the MBA program.” It’s also the case that an appetite for the new and unknown runs in the family.

“I cannot exaggerate the value of what I learned through the MBA program.”

Family arrived in Alberta with a dream

Minhas grew up in a household of 2 patriarchs: his father and uncle, who both arrived in northern Alberta from Punjab in the 1970s and took logging jobs deep in the bush. Together, they set up house with their wives and parents, and collectively, they raised Minhas, his sister, and cousins.

At the same time, the family built a stump-to-dump logging truck business that peaked in the 2000s at almost 4 dozen vehicles. It was 24-hour work, especially in winter when the earth hardens to accommodate greater loads. Minhas watched his dad and uncle work tirelessly, taking midnight calls and stamping out logistical fires. He’d inherit their drive.

Minhas moved to Edmonton to study pharmacy at the University of Alberta, returning home each summer to sell cars at another family enterprise: a Mazda dealership.

The summer before graduating, he came back home to learn they’d fired the manager; suddenly, at 21, he was thrust into the demanding job of running the dealership.

“I was thrown to the dogs,” he says. “It was the most stressful summer of my life.”  But he flourished. Today, the family owns 5 car dealerships along with 4 hotels and land holdings under the Minhas Group. “Diversify” may be the family motto.

In 2009, Minhas began working as a pharmacist in Grande Prairie. Shortly after, his uncle died, forcing the family to look at who would inherit his management role. Minhas eventually filled the job, stewarding 3 major land developments, totalling 300 acres and worth nearly $50 million, including retail malls, hotels, and a seniors’ home.

“Give me a raw piece of farmland and I’ll develop it,” he laughs.

Still, the pressure was enormous, and with little business experience, Minhas says, “I found myself with quite a few confidence and competency issues—it was a big learning curve.”

He looked around for a good MBA program. When he saw the Athabasca University curriculum he knew he’d found the one for him. This was around the time he and his wife had their first of 3 children. Every night at 8 p.m., after the baby was put to sleep, Minhas worked on his lessons, often hitting the books until midnight or later.

“It really helped me to believe in what I was doing,” he says, “and get a proper understanding of it.”

Minhas wasted little time putting his newfound confidence to work, and built his own successful Valleyview pharmacy. A second venture followed when Minhas opened Grande Prairie’s first co-working business, which lets out shared and flexible office space to other enterprises (and which at the same time became his own headquarters).

““There are a lot of times in your MBA when you feel you're far from the light … keep going and you will succeed.”

Then, in 2017, came news that Canada’s cannabis laws would be changing. “I don’t smoke, but it was a new industry and that got my juices going,” Minhas says.

He incorporated a business—URBN Leaf Cannabis Company—and submitted an application to Alberta’s retail cannabis licensing body the day after they began accepting them. He fashioned a brand and store design, located properties, and built the shops.

All along, Minhas remembered what he learned at AU about perseverance.

“There are a lot of times in your MBA when you feel you’re far from the light,” he says. “It’s just a matter of: OK, put your head down, keep going, keep going. And you do, and you will succeed.”

Announcements | In Our Communities |

How to adjust to daylight saving time

Faculty of Health Disciplines | In Our Communities | Research |