New poetry by AU professor: Shape Your Eyes By Shutting Them

By: Mark A. McCutcheon

My new book of poems, Shape Your Eyes by Shutting Them (AU Press, 2019), takes one of its epigraphs from Northrop Frye: “poetry can only be made out of other poems.”

The acknowledged use of other texts in composing poems is something my book does a lot of (there are some centos, for instance), although I’ve made use of texts from many genres, not just poetry. But Frye’s point is less about poetic content than about poetic conventions (and he makes this point in the context of a discussion of the commodification of literature by intellectual property laws, which equate originality with ownership).

So what follows are two sample poems from my book and a selective list of eight source works for it: four are titles the book cites, and another four are titles that have incited me to produce a poetry book. (This post about source reading thus complements a mix I’ve made of the book’s source music, streamable at Mixcloud). 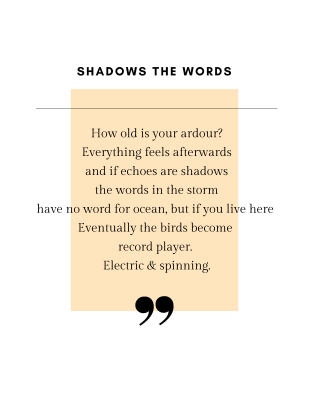 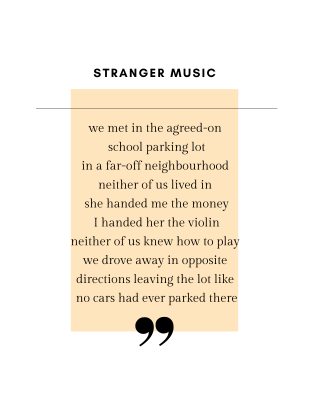 As a teenager I was given Breton and Éluard’s collaborative book of Surrealist poetry (the 1990 Atlas translation by Jon Graham), and it made a lasting impression, especially “Love” (naturellement!) and “The Original Judgment”: a collection of exhortations, delivered in the second-person imperative, that directly challenge (or incite) the reader to do weird things. Some of these exhortations are nonsensical (“fais fuir le brouillard devant lui-même”), some nihilistic, and several read like weirdly wise mantras (“donne aux rêves que tu as oubliés la valeur de ce que tu ne connais pas”); it’s a line from this section that I translated and took for my book’s title (and the title poem). It’s worth noting that L’immaculée conception (like all Breton’s and Éluard’s work) is now in the Canadian public domain – a rich resource for writers and artists – but if the renegotiated NAFTA’s copyright extension retroactively applied, it could push Breton’s oeuvre back into copyright protection; this is just one example of the havoc that copyright term extension stands to wreak on Canada’s vital public domain.

Benjamin’s writing and especially his famous “Theses on the philosophy of history” (1940) thread their way through several poems in Shape Your Eyes by Shutting Them. Maybe this sort of thing happens when an English professor accustomed to writing literary criticism tries writing poems; Illuminations became a frequently consulted touchstone during my undergraduate studies in English literature, and then again during my graduate training. The “Theses” in particular compel repeat reading not just for their critical brilliance but also for their literary style: some, like the thesis about the Angel of History, read a lot like the philosophically infused short-short stories of Franz Kafka and Jorge Luis Borges. And Benjamin’s arguments still resonate; his claim that “the state of emergency is not the exception but the rule” (quoted in my poem “Heaven help the roses”) has stayed as relevant today as it was during the Cold War, or during World War II, when he wrote. The end of the world has always been with us; but that doesn’t make any such end any less possible.

Brontë’s bizarre, Gothic romance (a practical textbook on toxic relationships) has enjoyed popularity for long enough in the Anglophone world’s public domain to have furnished source material for many adaptations: not just on film (like Andrea Arnold’s impressionistic, impeccably cast 2011 take) but also in a myriad other media, like music (Kate Bush’s dizzying anthem) and other novels (like Kathy Acker’s 1994 My Mother: Demonology ISBN-13 978-0-8021-3403-5)—both of which latter examples, together with Brontë’s text itself, my book quotes (in the poem “Forgive me Cathy for”). Among other things, Brontë’s novel of drastic, dysfunctional, doomed love—with its belligerent and numerous popular cultural progeny—demonstrates why artists and writers need the public domain at least as much as readers do: said domain is a crucial limit in copyright law that lets it fosters new work, a public cultural resource of which copyright term extensions (like NAFTA’s) rob the public.

Bill Brewster and Frank Broughton, Last Night a DJ Saved My Life: The History of the Disc Jockey, 2nd edition (2006)

Rave culture has exerted a formative influence on my life and work (even if I don’t get out nearly as much as I used to in the 1990s). Among its other effects, rave culture nurtured my appetite for reading nonfiction about music (for its own sake, and as a great way to discover new music). Brewster and Broughton’s history of DJ culture is a fascinating tour of a form of popular music-making that’s now over a century old, and they lead this tour in a chummy, familiar style that yields resonant insights and remarkable turns of phrase (as quoted in my poem “Raver in the bathroom”). In 2008, I assigned Last Night as the textbook for a DJ culture course I taught (inadvertently fulfilling a prediction, made by Jockey Slut’s reviewer, that the book would “be on a university syllabus by 2010”…bet they didn’t expect it to happen in Saint John, New Brunswick). In that course, students recorded DJ mixes—as I still do. It’s a creative activity in constant conversation with my writing; hence my interest in centos: poems made of lines from other poems or similar found text. (Accordingly, I’ve complemented this post about source reading with a mix I’ve made of the book’s source music, streamable at Mixcloud.com/sonicfiction.)

My creative writing teacher in high school introduced me to the work of many “writers’ writers,” including Phillips, whose Black Tickets exerted a lasting influence, for the Gothic lyricism of this collection’s stories of the marginalized and down-and-out, and for showcasing the possibilities of very short prose. (This latter quality it shares, for me, with Julio Cortázar’s Cronopios and Famas [1962/1969 ISBN-13 978-0-8112-1402-5], which models the literary and political possibilities of second-person narration.) Black Tickets intersperses its short stories of conventional length with extremely short stories, some only a page long (like “The Powder of the Angels, and I’m Yours”), others (such as “Happy”) only a paragraph. These short-short stories stand out like favourite photographs in a family album; for instance, “The Powder” starts: “She remembered swerving, cocaine lane, snowy baby in her veins.” Redolently memorable and hugely suggestive in their tight economy of stark images, reverberant lines, and spare storylines, they anticipate today’s flash fiction, and they blur the line between prose and poetry.

Lautréamont is the pen name of Isidore Ducasse, a nineteenth-century writer who died very young and was posthumously championed by the Parisian Surrealists as a progenitor of their movement. His only major work is Maldoror, a long prose narrative—less a novel than a lengthy prose poem—divided into six “cantos” characterized by episodes of blasphemous rants, vicious violence, and scenes of bizarre grotesquerie. The book opens, accordingly, with a warning—or a dare: “It would not be good for everyone to read the pages which follow; only the few may relish this bitter fruit without danger.” The titular protagonist, an ambiguous, misanthropic figure, channels all these hostilities and effronteries into an extravagant challenge to conventional morality—and ontology: Maldoror reads like a deliriously bad acid trip. The Penguin edition, whose cover features Antoine Wiertz’s painting L’inhumation précipitée (1854), gets a cameo in Shape Your Eyes, but the English translation I prefer (and that which I quote here) is Alexis Lykiard’s edition (Exact Change, 1994).

Several poems in Shape Your Eyes (like “Was I asleep?”) were first drafted (decades ago) under the baleful influence of this Ballard novel. Clearly, I have a thing for the literature of outrage; Ballard’s episodic novel reads a bit like a modern-day Maldoror, narrated not by the protagonist but by a third-person narrator whose convincing tone of clinical detachment makes the novel’s deliberately obscene onslaught of sex and violence all the more harrowing. Far from senseless, these scenes implicate 1960s pop culture figures in a story that elaborates a kind of diagnosis of late capitalism as psychosis. The annotated edition adds context, though not necessarily explanation, to this disturbing read. My favourite annotation is Ballard’s account of how one late chapter—“Why I Want to Fuck Ronald Reagan”—was apparently distributed at the 1980 Republican Convention, where, Ballard says, “it was accepted for what it resembled, a psychological position paper on the candidate’s subliminal appeal, commissioned from some maverick think-tank” (121).

Shields’ “manifesto” is a sort of book-length cento: it gathers together over six hundred excerpts from other texts as touchstones, mortared together with Shields’ own intervening comments, to argue for the critical importance of sampling, quotation, and other forms of citation and appropriation to writing and cultural production more generally. For Shields, the reuse and repurposing of extant texts and other sources become a means for writers and other artists to represent reality—and, more importantly, subjectivity, or what it feels like to live a given experience—more fully, more convincingly, more vividly. Both the form of Shields’ book and the logic of its argument invite one to quote directly from Shields’ own interjections: “Artists don’t have to spell things out,” he writes; “it’s much faster to go straight to the existing material—film footage, library research, wet newspapers, vinyl records, etc. It’s the artist’s job to mix (edit) the fragments together and, if needed, generate original fragments to fill in the gaps” (97). Shields’ case for the artist-as-editor sometimes makes supporting arguments for outright plagiarism; they’re intriguing arguments, but as a writer and a professor, I disagree—I think acknowledgment, giving credit where it’s due, is vitally important. The book’s appendix of acknowledgments for Shields’ hundreds of sources aptly captures this conflict: it opens with an apology that the publisher’s lawyers made him provide citations, together with an invitation to cut them out: the appendix’s pages all feature a dotted line in the margin.

Filed Under:
Published:
Guest Blog from:
Mark A. McCutcheon

Combining ice and boardroom skills to ‘elevate the game’