There are not many people who can claim to be a pioneer in their field, but Dr. Kathryn J. Hannah is one of them.

She will be granted an Honorary Doctor of Science degree from Athabasca University (AU) at the reimagined virtual Convocation event taking place Oct. 2, 2020—an honour she said is one of the most significant of her already-impressive career.

“I just want to say how grateful I am to Athabasca University for this amazing recognition, and also how grateful I am for the opportunities that I have had,” she said. “Nobody does anything like this on their own. I have had fabulous colleagues, bosses, excellent mentors, and a very supportive husband.”

The honorary degree recognizes the profound impact her work has had on nursing and informatics, both in Canada and around the world. She was a pioneer in applying informatics to nursing, which she described as looking at how information and data can support clinical judgment and decision-making for and with patients.

In 1976, Hannah’s master’s paper on the impact of computers in nursing was published in the academic journal Nursing Outlook, one of the first papers on the topic. She has continued to be a well-respected scholar on this topic as both the technology and its application have changed since then.

“The technology is the glitz, and it’s what people see, but it’s not the really important part,” she said. “My emphasis is much more on the data and making sure we have standards by which the clinical data that is entered in one place has the same meaning for someone who reads it in another place.”

Hannah’s work has also had a significant impact on AU’s Faculty of Health Disciplines. She helped create one of the first health informatics courses for Master of Nursing students, which included a textbook she herself co-authored, and even taught the course for several years. 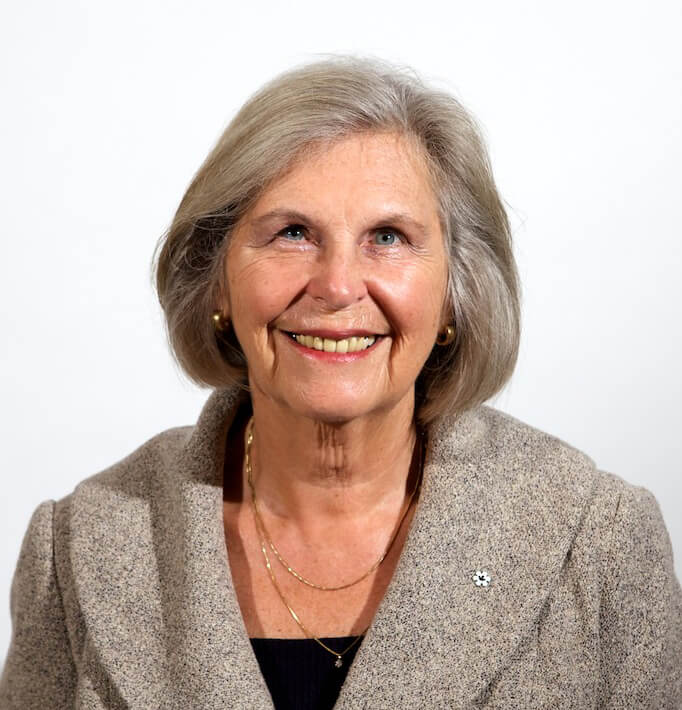 “Nobody does anything like this on their own. I have had fabulous colleagues, bosses, excellent mentors, and a very supportive husband.”

The future of the field

She has also donated her comprehensive library of health informatics resources to the university, in the hopes it can be a resource for faculty, students, and even visiting scholars to highlight the field’s development and importance.

As the field has developed over the years, she has committed to mentoring new scholars, recognizing health informatics will continue to evolve and adapt as it is applied to new challenges like the COVID-19 global pandemic.

“I have the good fortune, along with a few others, to be a pioneer in a new field,” Hannah said. “But that field has now matured, and there are others certainly who are taking over, who are looking forward, and are doing really great things.”

A lifetime of accomplishments

As she was born with the last name Nightingale, the same as nursing pioneer Florence Nightingale, one might not be surprised that she has made such an impact on the profession. And although she credits an aunt rather than Florence for inspiring her to pursue a career in nursing, her individual accomplishments are too many to name.

Hannah said there were several major highlights from her career.

She was awarded the Canadian Nurses Association Centennial Medal in 2008, a one-time award given to 100 nurses whose contributions made outstanding impacts on the nursing profession.

In 2015 she received the Leadership in Health Informatics Award from Digital Health Canada and she was honoured when friends and colleagues raised the funding to establish the Dr. Kathryn J. Hannah Nursing Informatics Scholarship administered by the Canadian Nurses Foundation. It is awarded annually to a Canadian nurse who is pursuing graduate education in nursing informatics.

One year later in 2016, Hannah was invested into the Order of Canada, recognizing her role in the field of nursing informatics in Canada.

“And now, I would add to that list, the honorary degree from Athabasca,” she said. “I would say now these are the top five principal, major highlights of my career that will always stay with me.”

Around the world with AU

Beyond 50 | Faculty of Health Disciplines | Learners |

Samantha Russell: Expanding her horizons, ahead of schedule!