He has spent much of his career with the Rupertsland Institute (RLI) breaking down barriers to education for Métis Albertans, providing the kind of opportunities he never had. In recognition of that work he will be granted an Honorary Doctor of Laws at a virtual Convocation ceremony on Oct. 2, 2020.

Reflecting on the socio-economic circumstances of the community in those years, he said Northland School Division did not have the same access to resources as off-settlement schools.

“Métis settlement kids were at a severe disadvantage if they left the settlement for further education,” Gladu said. “Thinking about post-secondary education was beyond anyone’s imagination because there was no financial access to it.”

He recalls J. F. Dion School had virtually no library with very few books, so he would read old magazines and materials provided by relatives. Most teachers were new immigrants with no background on Canadian history, and less so on Indigenous history, rarely staying more than two years.

Attending Grade 9 in a non-Indigenous community made him realize the education he had was sub-par, and he struggled to catch up. He finished Grade 12 living away from home, and he didn’t consider post-secondary education because there was simply no funding for Métis students. 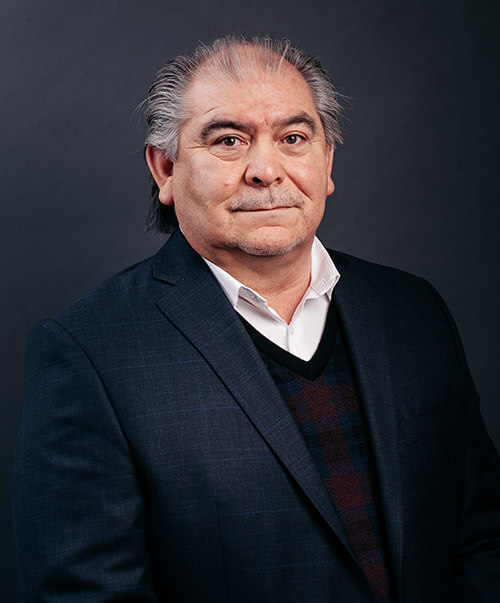 “Our work in K-12 is just beginning, and what we envision for Métis education is leaps and bounds from where I started off in grade school at the Fishing Lake Métis Settlement”

A multitude of achievements

He decided to enter RCMP training, and after a brief time with the force, he left to set up a small concrete and stucco business and to hobby-farm near Marwayne, Alta. After several there, he began a career with the Edmonton Transit System (ETS) in 1979 and was employed there for 12 years.

He also began to take courses at the University of Alberta to satisfy a variety of interests, “from Geography to English Literature to Criminology, one course per semester.” After a change in life circumstances at 36, he left ETS to pay his own way full-time in a bachelor of arts program focusing on political science and history.

But when money ran out in 1993 and with no funding in sight, he found work with Human Resources Development Canada (HRDC). There he met his mentor, who urged him to consider a business/management program at Grant MacEwan and in 1995 he left HRDC to pursue this endeavour.

“For the first time in my life, I was able to appreciate what it was like to be funded to go to school, because I was on Employment Insurance the whole time I was in that program,” Gladu said.

Completing an accelerated Diploma in 12 months, he immediately got a job with the Métis Nation of Alberta, which ultimately led to his current role as the founding CEO of RLI—and many significant achievements.

These include a track record of program innovation, strict accountability, and financial
oversight—leading the federal government to call on RLI to present at national forums, and to recognize RLI contributions to the National Aboriginal Labour Market Development Program dating back to 1996.

Gladu has managed more than $375 million for the Métis Nation of Alberta during his tenure, with 100 per cent financial and client data integrity and error-free reporting to the Government of Canada on a quarterly basis since 2003.

The RLI also has a consistent record of exceeding an 80 per cent success rate for clients completing training and finding sustainable employment; and has negotiated for and established a $30-million endowment portfolio with 19 post-secondary institutions across Alberta to provide additional supports for education that Métis youth have never had.

“The greatest single achievement for RLI was the creation of that first endowment with MacEwan University because an endowment is forever” he said. “As long as those 19 endowments are in place, RLI initiative will help close the gap in Métis education for a very, very, long time.”

Gladu said RLI has assumed a new mandate for K-12 Métis education, and as a member of the College of Alberta School Superintendents, has become known among education stakeholders for supporting curriculum development and professional development for Alberta teachers, and working to ensure Métis representation under the new Teaching Quality Standard and its legislated requirements.

RLI has also established the seven-member Alberta Métis Education Council consisting of Métis volunteers who hold PhD and MEd designations in education. Members of this team have assisted RLI in strategy development including recent presentations to Alberta’s Curriculum Advisory Panel.

“Our work in K-12 is just beginning, and what we envision for Métis education is leaps and bounds from where I started off in grade school at the Fishing Lake Métis Settlement,” he said.