When the pandemic hit and shifted how the world works almost overnight, it felt like a necessary but temporary response to an unprecedented crisis.

Even as companies and employees adapted to working from home and video meetings with colleagues—and sometimes their cats and kids—there was a shared notion that regular office routines would resume “once the pandemic was over.”

Almost two years into COVID-19, it’s become clear that for many organizations and employees, work has changed for good. In fact, a recent Ipsos survey found that only 50 per cent of Canadians working from home expect to return to the office in 2022.

“The world never goes back in time, ever. Once the pandemic is over, we’re still going to be in a world that’s changed,” says Dr. Alyson House, an assistant professor of strategic human resource management with Athabasca University.

Today, instead of hoping to ride out the pandemic, organizations and employees alike are considering their preferred work arrangements for the long term. While some companies may decide to revert to pre-pandemic models, House says most employers will make decisions that allow them to deliver the best product or service to their clients.

“The world never goes back in time, ever. Once the pandemic is over, we’re still going to be in a world that’s changed.”

“A lot of companies are trying to make sense of what that should be,” she says.

Employees, meanwhile, will pursue work arrangements and employment with companies that offer work and life satisfaction. That’s because the pandemic hasn’t just affected their physical location from 9-5, it’s changed perspectives about what’s truly important. A survey by Ernst and Young Global Ltd. found that 54 per cent of workers worldwide would consider quitting if they didn’t have flexibility about when and where they work.

“There has been an enduring shift in people’s mindsets brought on by the pandemic that fundamentally changed their attitudes about work,” House says.

Is the office truly dead?

For many companies, the pandemic proved for the first time that work could still get done virtually—and in some cases, at greater efficiency. By early 2021, 32 per cent of working-age Canadians worked from home—up from just four per cent five years earlier.

That shift has led some to question whether the traditional office is dead, however, House says the idea of the office was changing even before COVID as companies explored work arrangements designed to be more collaborative than traditional four walls. Post-pandemic, the type of work an organization or team does could help determine how—and where—they function in the future, she says. 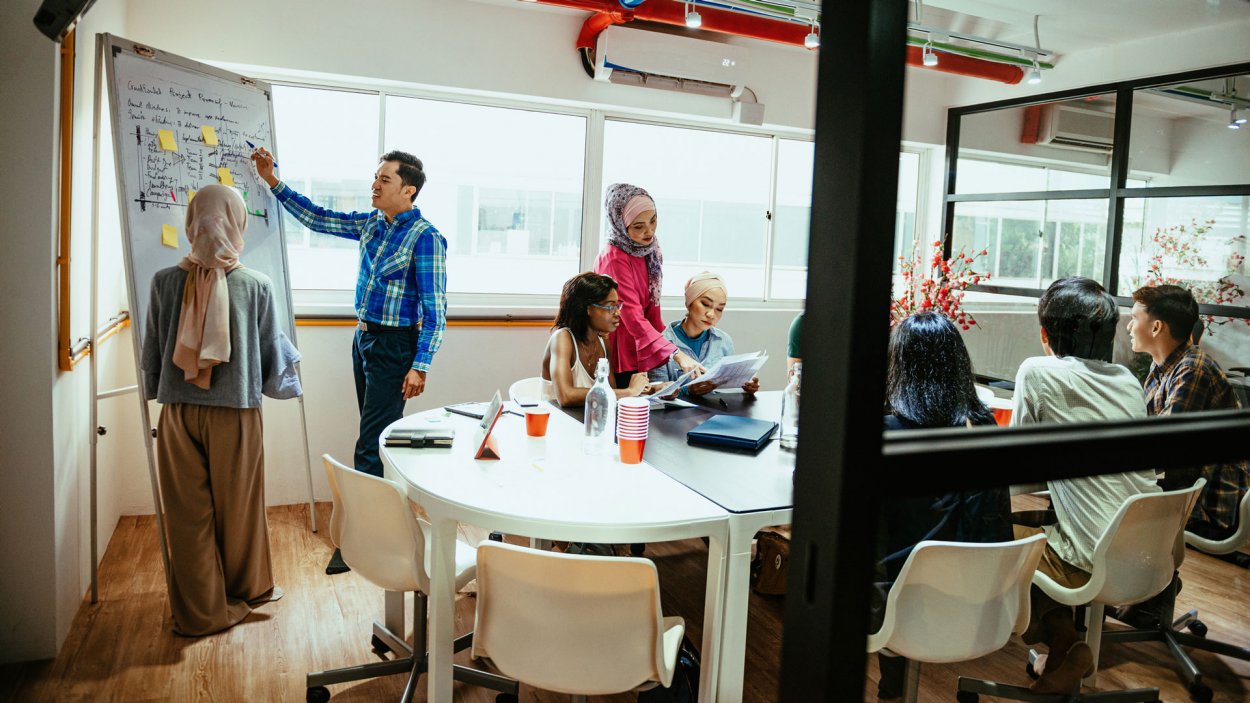 House says there are pros and cons to any work arrangement, be it the office, working from home, or a hybrid of the two with some form of in-person opportunities.

“If you’re a leader, understanding the unique and individual needs of each employee on your team is a first step.”

The benefits of virtual spaces include reduced costs for organizations, especially in markets where real estate prices are higher. Work-from-anywhere models, where employees can live and work anywhere, can expand talent pools.

For employees, moving away from an office setting can open up new options for where to live and which companies and jobs to work for. This also has advantages for working couples, House says, who historically have had to choose where to live based on one partner’s career. It also creates opportunities for smaller communities to grow by luring remote workers from major centres.

Ultimately, the future of work comes down to choices and what organizations and employees value.

“I’m a believer in markets and the labour market,” House explains. “I think companies and individuals will end up with work arrangements that make the most sense for them personally, professionally, and competitively.”

Previous Story Opinion: The U.S. failed in Afghanistan by trying to moralize with bullets and bombs

Faculty of Science and Technology | In Our Communities | Learners |

National Day for Truth and Reconciliation a moment to reflect

Faculty | In Our Communities | Indigenous | Learners |