With the popularity of social media, filters, and access to technology, research shows that self-esteem and feelings of self-worth are decreasing rapidly—for adults, but especially among youth.

Jananee Rasiah, an academic co-ordinator at Athabasca University (AU), studies the impact of social media and technology on the lives of youth and young adults. She discussed the topic with CTV Morning Live Edmonton for World Mental Health Day on Oct. 10.

“We know that approximately 1.2 million youth and young adults in Canada, ages 10 to 24 have some form of mental illness,” said Rasiah. “It’s also no surprise that the pandemic has added to the negative impacts on youth mental health and wellbeing.”

Realizing a need for more research in this area, Rasiah saw an opportunity to reach youth by combining her passion for film and media production with her research at AU. She has teamed up with AU professor Dr. Paul Jerry to work on the next piece of the film series, focusing on the psychological impacts of cyberbullying.

Rasiah, in collaboration with Alberta-based Fame Dance Studios and FRAME Productions, combine media such as film, dance, music, and poetry to share information in an engaging way so that it will be easier to connect with youth.

“My dance students come to me with horrific stories from school, describing a complete lack of kindness from classmates, to downright criminal acts of cyberbullying and physical abuse,” said Sarah C.R. Makins, owner of Fame Dance Studios. “I knew that I had to find a progressive method to help my students, as the intensity of these stories kept heightening.” 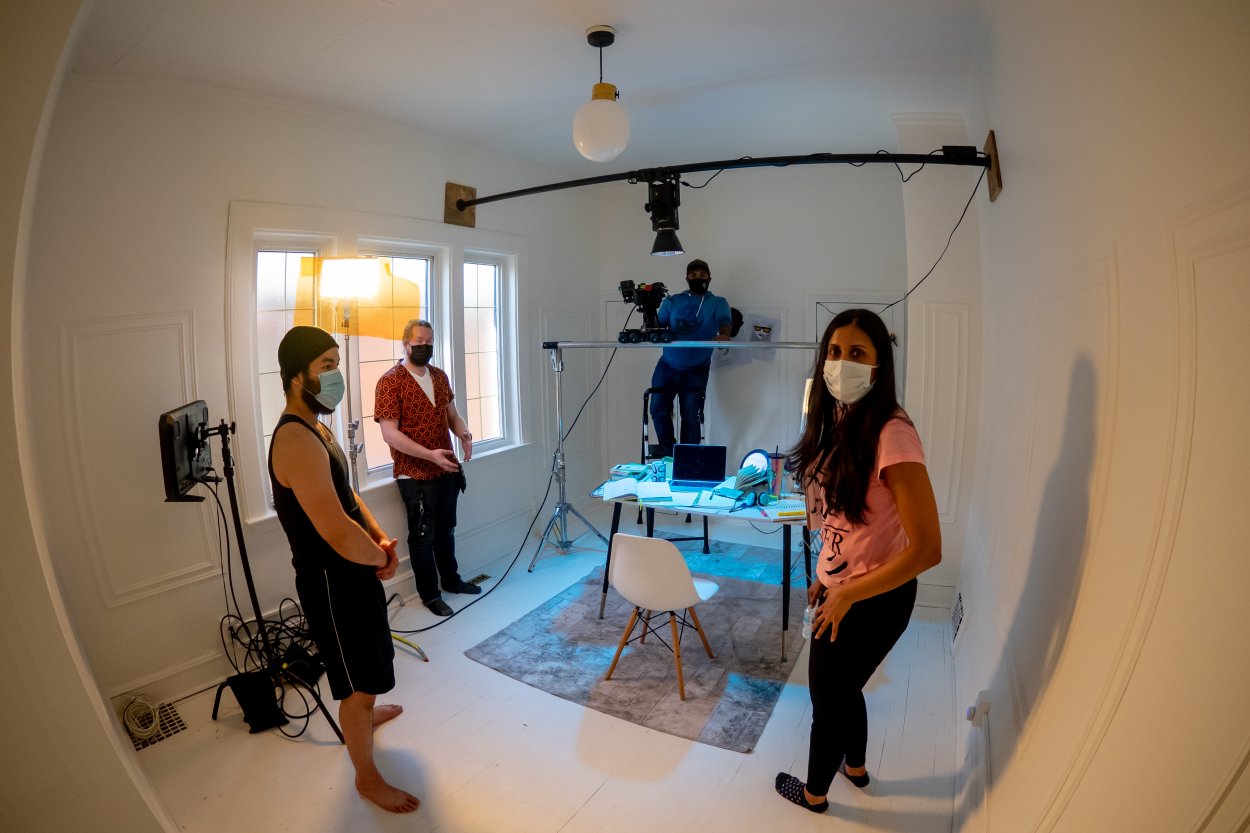 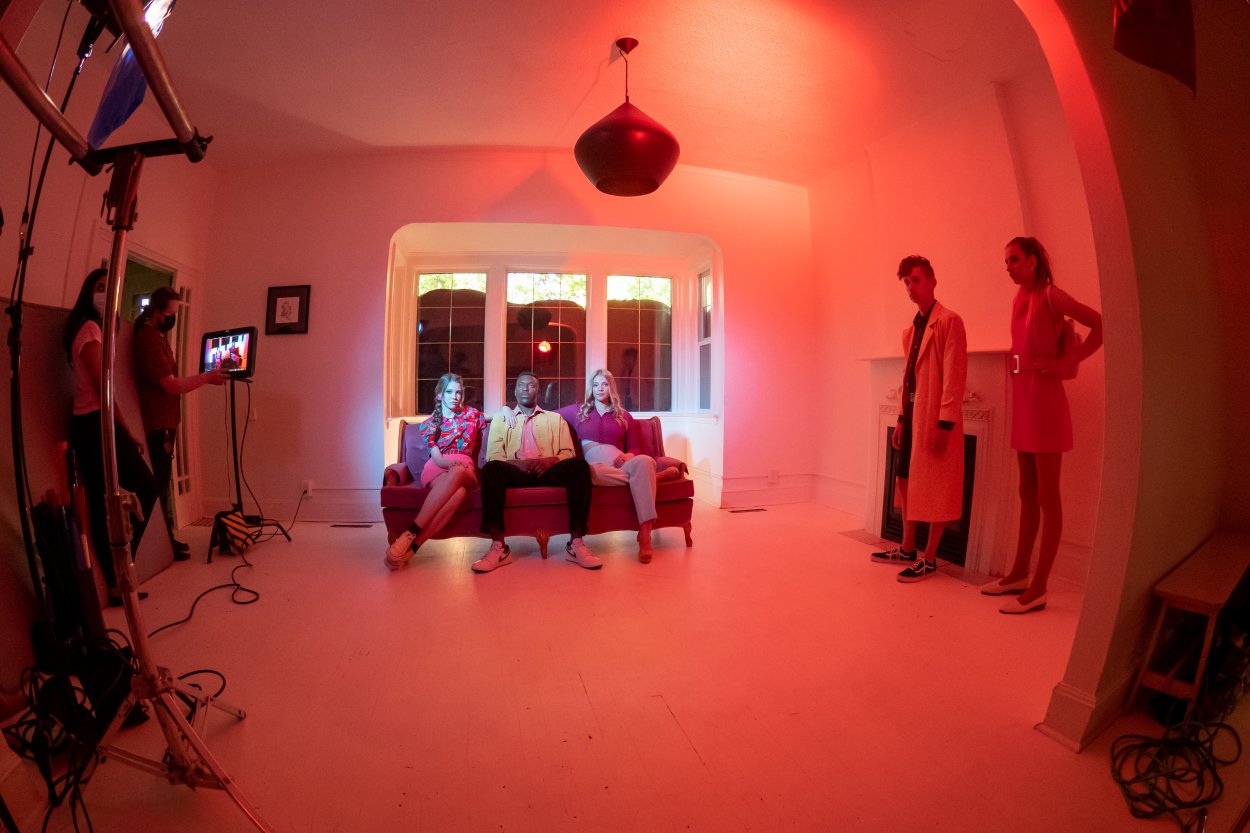 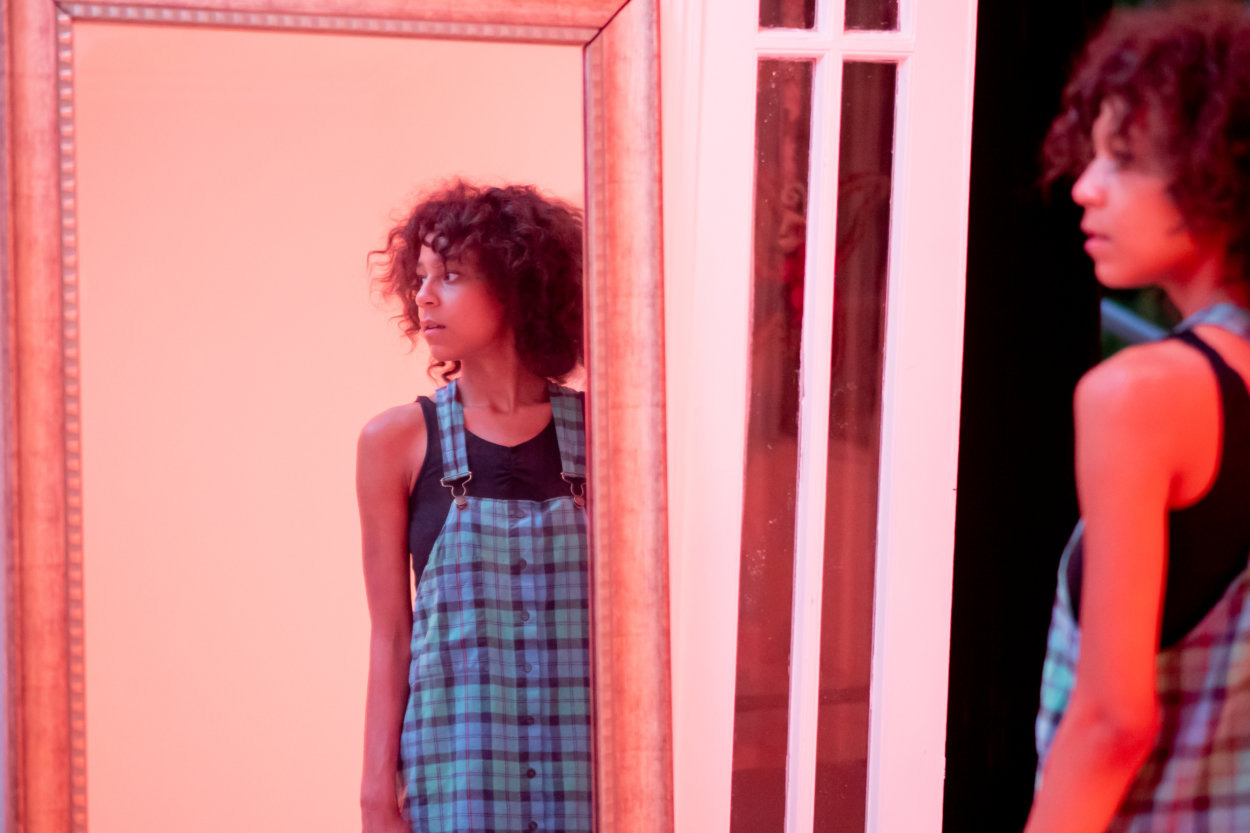 Bullying or cyberbullying in youth victims affects them physically, psychologically, academically, and socially, Rasiah said. This sometimes shows in lack of sleep, headaches, and feeling sad, socially rejected, or isolated. These can also lead to skipping school, school failures, and in more serious cases, self-harm, she said.

“This complex problem can’t be addressed in just one way. We need to connect with youth on the social media platforms that they are on, and in ways that they find interesting and are curious about.

“If we go where they are … we will be able to have these conversations about their experiences in a way that is meaningful and relatable to them.“

Rasiah said artistic expression through film is a form of healing, both for the artists who are performing and the audiences who will view the film—and even those behind the scenes.

“Filming the series has allowed me to creatively explore transferring a thought, idea, or expression to a new audience, which in this case, is youth and young adults,” said Abhilash Mathew, co-founder of FRAME Productions. “Being able to communicate to them regarding the struggles and emotions that they face using visual media is rewarding because it inspires and empowers them to face a challenge or situation.”

Rasiah, Makins, and Mathew are working together on other films as part of the series with the one focusing on bullying expected to be released in the new year.

Filed Under:
Published:
Tagged In:
bullying and cyber bullying, ctv edmonton, faculty of health disciplines, In the News, mental health,

Beyond 50 | In Our Communities | Indigenous | Learners |