An academic approach to running a brewery

While Kirk Zembal was sitting in an oilfield rig shack plugging away on an Athabasca University (AU) degree, the craft beer business might not have been top of mind—but some of the seeds that led to co-founding Blindman Brewing were germinating.

After putting his University of Alberta degree program to the side in exchange for the oil industry’s golden days in the mid-2000s, and subsequently witnessing a couple of industry dips, he needed to find a flexible path that allowed for more structure and security in his future. He needed to finish his degree.

“The flexibility Athabasca University provides is great, especially when in the oilfield you’re working everywhere: from Northwest Territories to Cuba,” he said. “Right when the brewery was starting, I was able to finish my AU degree online and it’s definitely been a great tool to getting the brewery going.”

Zembal, who graduated from AU in 2016 with a Bachelor of Professional Arts in Communications Studies, is now working towards his Masters of Business Administration (MBA) with the University of Alberta. He has an impressively large and far-reaching range of academic and personal passions that keep things interesting, and which keep Blindman Brewing innovative.

They are ground-breaking in an environmental sense. Not only is the brewery about to install solar panels to power operations, but the Lacombe, Alta., based Blindman Brewing will be Canada’s first brewery to apply production-released carbon dioxide back into the carbonation of their beer thanks to an Emissions Reduction Alberta grant.

Blindman is pioneering in a localized, horticulturist sense. They are the first Canadian brewery to document and tell the story of their beer’s production, “so beer drinkers can see the journey of their beer, right from the barley grower through the maltster and through our brewery.” Beer drinkers can scan the QR code on the side of their May Long Double India Pale Ale, and be taken on that journey. 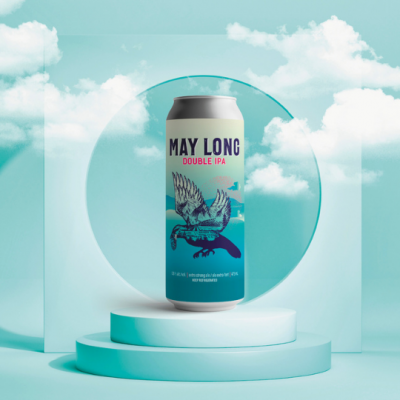 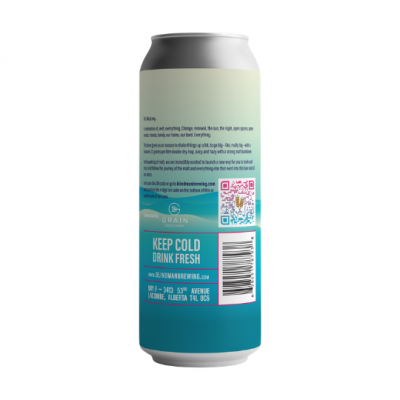 And Blindman is novel: Zembal writes the beer label copy, writes the brewery’s emails, and personally pens some of the quirky short stories that adorn the sides of Blindman’s Super Session and Super Stout releases whose proceeds benefit the donor-supported arts organization, CKUA. Zembal laughingly admits the project also happens to be a way to get his own writing published.

“My degree from AU obviously has a lot of application to marketing and that is not just written material,” he said. “That’s strategy, that’s graphic design—just trying to connect people to what Blindman is doing and why we’re doing it.”

Clearly, they are doing a lot. When they first filled the tanks with their flagship River Session Ale, they were Alberta’s 20th craft brewery—a start-up inspired by their “beer geek” road trips to the U.S., where craft beer was thriving. And they were appreciative that such a market existed in their home.

With approximately 130 Albertan breweries now operating, their beer is sold all over the province and beyond. More thoughtfully perhaps, we see their stamps of innovation and intelligence all over their brand.

Blindman Brewing’s owners seem to take an academic approach to their work. They reflect on the farmer whose sweat and ingenuity goes into their production. They study the environmental and sustainable effects and opportunities they can have and make concerted efforts to offset their impact. They analyze their core audiences and innovate to attract new ones. And they transform the industry through mindful marketing and writing.

A good part of that is because of Zembal, who said he is very passionate about higher education and appreciates how it helps him shift his way of thinking to help the brewery reach new heights. The flexibility of AU was there when he needed it … and he is already thinking about how he can continue his studies and give back to the AU community.

“I don’t think my relationship with AU is done. I’ve been kind of looking a few things over the years, maybe a research assistant or a course tutor. Maybe I’ll take some more classes. I’m excited to be involved on the academic side one day.”

Next Story Announcing new dean of the Faculty of Business: Dr. Lisa Watson