Democracy in action: A student’s perspective

Walking around Parliament Hill with my camera—its streets quiet in the November chill and largely absent of tourists—was like hitting the jackpot. It was my first visit to the nation’s capital, and I seemed to have it all to myself.

Like many Canadians, I never thought of Ottawa, Ont., as a place, let alone as a vibrant and dynamic city of a million people with a diverse economy immersed in tech, culture, tourism, and the business of government. Mostly I think, “Ottawa” was a caricature, a convenient punching bag for my random displeasures with the decision-making of our federal government.

And then I went there. Wandering around the Parliamentary Precinct, surrounded by those stunning buildings, landmarks, and monuments—the city where our elected representatives get to do their jobs—I slowly realized that I had got a lot of things wrong about this city, and our democracy. 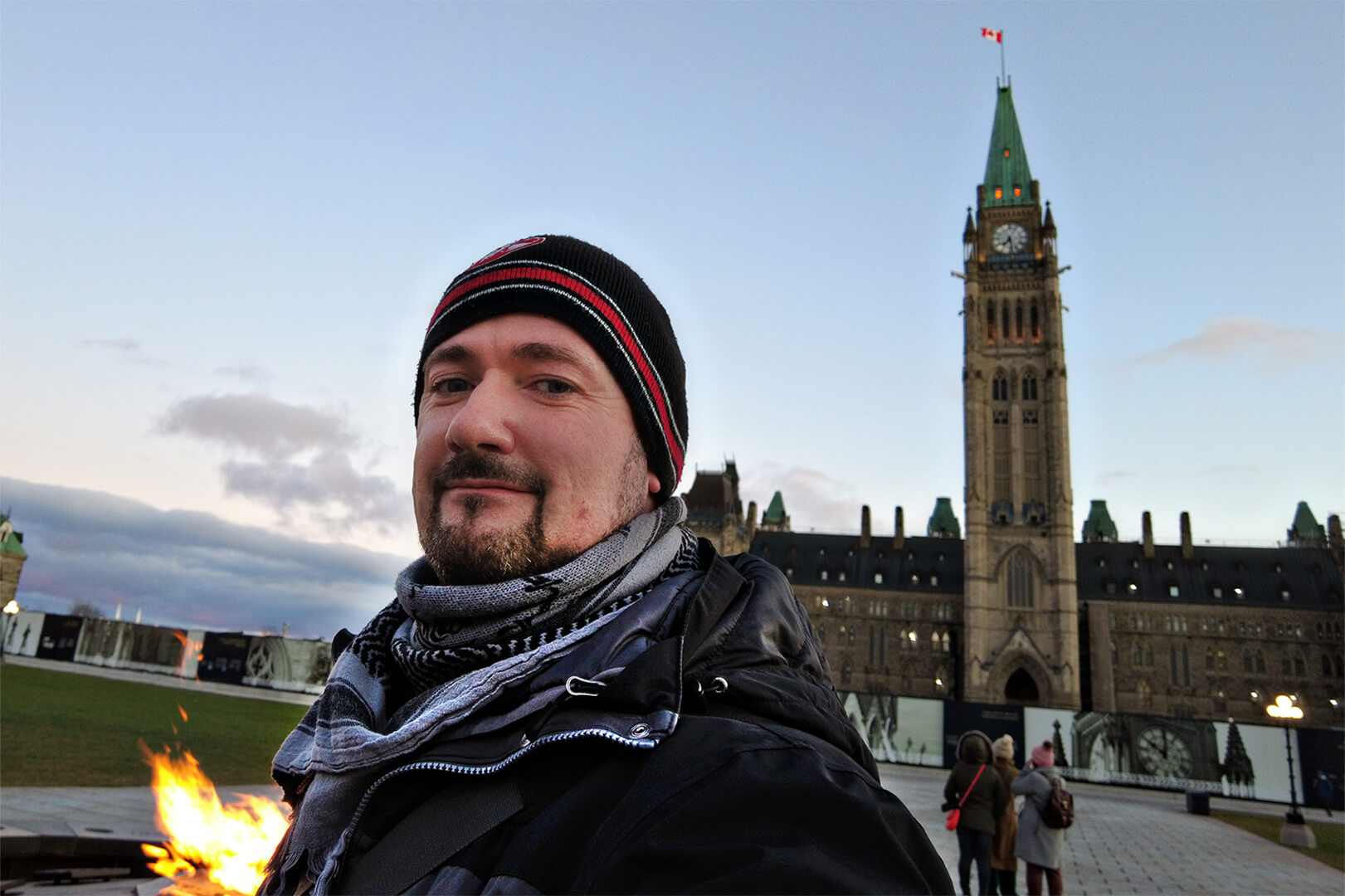 “It doesn’t seem too much of a stretch to suggest that citizens’ assemblies—if they are as innovative, well-conceived and executed as this—are the future of democratic expression, because that future depends on all of us being more engaged.”

I was there as part of the 2021 Citizens’ Assembly on Democratic Expression. The assembly aims to better understand and respond to the impacts that digital technologies are having on Canadian democracy and society.

Canadians from 12,500 randomly selected households had received letters with an invitation to volunteer for the opportunity to participate in a discussion addressing such issues as the amplification of hatred and misinformation online, and how to assign penalties under the law for those who instigate, provoke, or enable these harms. From this civic lottery, as the selection process is called, 42 of us would be chosen to represent the public in this complex societal debate.

Although participants are chosen randomly, parameters are still applied to ensure that the group is representative of the overall population in terms of age, ethnicity, education level, geographic location, and gender. Basically, it was “Canada in a room,” as assembly chair Peter MacLeod enjoyed describing it.

My invitation came in June, and I promptly filled out the census-like questionnaire to identify where I fit in the Canadian demographic. Despite the vanishingly small chance of being picked, I was keen to participate, which was odd as I’ve never been particularly politically active. I’ve always tried to be a conscientious voter, but I’m a member of no party, I’ve knocked on no doors for any candidate, and I think I’d rather chew up a jumbo roll of tinfoil than ever seek any public office. It was the topic of discussion—and the free trip to Ottawa, which I’d never visited—that really attracted me.

Since January 2020, I’ve been working on my Master of Arts in Interdisciplinary Studies, studying communications through digital media. The chance to discuss the real-world implications of digital technologies and suggest solutions to the problems that have emerged was almost certainly a once-in-a-lifetime opportunity. I was notified by email of my selection while camping, followed by a phone call from one of the assembly’s administrators to confirm my availability for the discussion sessions and the in-person meetings in Ottawa. For all its flaws, mass digital communication isn’t all bad.

The process began with a program of learning and inquiry since not all participants were experts on the subject. Our first two virtual meetings were characterized by lectures and presentations from a host of professionals, describing the issue from a variety of perspectives which ran the gamut from freedom of expression to national security. The assembly’s facilitators moderated discussions and question-and-answer sessions. They set the ground rules for conversation and ensured that everyone contributed to the discussion.

By the time we all arrived in Ottawa and shared our first meal together, the atmosphere was familiar and friendly, but also entirely serious. Everyone felt free to speak their mind honestly and respectfully. We were increasingly proud to have been entrusted with an important task. Empowered by all we had learned, we drew on our experiences to collectively define our values, identify the challenges that faced us, and craft solid recommendations that reflected our aspirations for a more sober and sensible digital future.

We are so grateful to these Canadians from across the country who came together to learn, deliberate, & develop their recommendations to manage the spread of disinformation online. Stay tuned for our report and visit https://t.co/saxgiA9r0O for more. Photo by Jonathan Lorange. pic.twitter.com/yzfuzx7h5w

For me, the assembly was like democracy school. The experience has profoundly impacted my sense of political agency, not only in terms of the social benefit of having actively participated in civic life (however briefly) but from having gained a deeper, practical understanding of politics and policymaking. Our deliberations revealed the complexity and trade-offs in policy dilemmas. It’s sobering to confront the limits of state power, and the complexity of this issue laid bare those limits.

It seems counter-intuitive, given the challenges we faced, but I think most, if not all of us, came away from the assembly with a greater trust in democratic politics. As citizens, we had been invited to move upstream in the policy dialogue. We rose to that challenge, considering the broader community in our deliberations, engaged in reasoned and conscientious debate, carefully reached a set of sophisticated recommendations as a collective, and presented those results to our government.

It doesn’t seem too much of a stretch to suggest that citizens’ assemblies—if they are as innovative, well-conceived and executed as this—are the future of democratic expression, because that future depends on all of us being more engaged.

Read the final report of the 2021-22 Canadian Citizens’ Assembly on Democratic Expression, which outlines how Canada can respond to the spread of online disinformation.

Dave Blaine is a photographer, videographer, and mapmaker born and raised in Calgary, Alberta. He earned a bachelor of arts in archaeology from the University of Calgary in 2002, a bachelor of applied technology in geographic information systems from the Southern Alberta Institute of Technology in 2016, as well as certificates in photography and remotely piloted aircraft systems. He is currently working on his Master of Arts in Interdisciplinary Studies with a dual focus in Writing and New Media, and Heritage and Social History from Athabasca University.

Faculty of Humanities and Social Sciences |

Faculty of Science and Technology | In Our Communities | Research |