We recently spoke with Dr. Nina Paulovicova, who is an expert in Holocaust and genocide studies. Last year, she presented to more than 600 high school students in Canada and Slovakia to discuss the issues of antisemitism, the Holocaust, and the radical right. Read about how she is educating youth by providing examples of the past to show how to resist current threats.

What do you talk about in these workshops?

I speak about the history of the Holocaust and the rise of extremist right wing movements. Understanding what happened in the past helps students understand the strategies that extremists use to rewire democratic society. Holocaust denial, historical revisionism, conspiracy theories, and extremist right-wing violence are some of the tools extremists use to rewire democratic society and its institutions into genocidal machinery.

Why is it important to deliver this message to kids?

The radical right groups target youth and we have been slow to realize the growing threat. Now we must respond. Barbara Perry’s research (2019) offers a conservative estimate of anywhere between two to three hundred active radical right groups on social media, mostly concentrated in Quebec, western Ontario, and Alberta. Such groups find that youth and younger adults are easy targets of mobilization. It is of paramount importance to raise awareness among the youth and provide information on how to resist such threat.

Why did you choose to speak in Canada and Slovakia?

My primary research focuses on the history and memory of the Holocaust in Central and Eastern Europe. I have also investigated the failure of Canada to prosecute Nazi criminals. More recently, I’ve sought to understand the threat of the radical right within the heritage schools in Canada. The upsurge of the radical right is a global phenomenon. The far-right groups in Canada established connections with US alt-right as well as the New Right in Western and Eastern Europe¹. At the same time, Canada and Slovakia, just like many other countries, are each coming to terms with their colonial and genocidal pasts.

What similarities exist between the radical right in those two countries?

The global upsurge of nationalist populism and conservativism opened the avenues for the far right to go mainstream. The inequalities generated by neo-liberal globalization and identity-related anxieties as cross-national migration changes the understanding of what defines society feed radical right on both continents. A disillusionment that the policies are implemented for the sake of the elites’ interest and that those in power are failing to deliver what is expected of them creates cohorts of alienated and frustrated voters who feel that the situation can be resolved only by radical means. Despite the links between radical right in Canada and the US, Canadian far-right has more in common with the European New Right (Parent & Ellis 2014; Perry 2019). At the same time, there are differences between the New Right in Western and Eastern Europe. Minkenberg (2017) described Eastern European radical right parties’ platform as “more openly anti-democratic, anti-liberal, racist, and historically revisionist” in comparison to the Western European context². Political stability and social trust are other key differentiators between radical right in the Eastern European countries and the West³.

Why are far-right radicals targeting youth? Are they succeeding in spreading their message?

Youth are at a stage of self-discovery and adjusting their beliefs, values and behaviours. Experimenting and socializing in peer groups is a part of identity building. The natural propensity to be critical about the views of parents and authorities make youth vulnerable to far-right mobilization via appealing channels such as music (heavy metal, black metal, rap, or folk music with racist content), summer camps, gaming, or exposure to material culture promoting far-right ideology. What attracts the youth is a simple vision in a complex world, a purpose in life, and a strong sense of belonging. The far-right group mentality resembles the Männerbund; that is a mostly male community worshiping the bonds within the group⁴. These groups also display the signs of the siege mentality, that is to say, the shared sense that the group is being ostracized and is under the attack by the outside world. Canada has witnessed the increase in white supremacy activism and campuses are popular places to convert “normies” to far-right ideology under the pretext of defending “freedom of speech.”

What is the link between the rise of far-right nationalism today and the nationalism in 1930s Europe that ultimately lead to the Holocaust?

The ideology of racial, ethnic, and religious hatred reoccurs across time. However, the historical context and factors behind the emergence of fascism in the 1930s and the New Right in the past decades were different and reflected the challenges and anxieties particular to each era. 1930s Nazism and fascism had roots in ethnic nationalism and colonialism and were empowered by the economic impact of the 1930s Great Depression. The New Radical Right emerged in the era of postcolonialism, Europeanization, globalization, and online connectivity within relatively prosperous democracies. In comparison to the 1930s Great Depression, the 2008–2009 Great Recession was less severe. However, it is often seen as one of the factors behind the upsurge of the radical right in past decade. In both historical contexts, the perceived enemy, the “other,” is negotiated within the public discourses concerning security, decency, respectability, sexuality, civilizationism, and ecology. The New Right’s charity work, environmental activism, and ’safety’ patrols, in some ways, resemble the strategies of the “old” radical right.

Antisemitism defines radical-right ideologies of both eras, but in comparison to the 1930s and 1940s, the 21st-century antisemitism targets broader a spectrum of the population. Slovakia has “antisemitism without Jews” because the majority of its Jews were exterminated in the Holocaust. Today’s anti-Semites target EU leaders, politicians, public personas, Hungarians, Czechs and Romas. Islamophobia in Slovakia is stronger than anti-Semitism and it targets not only Muslims but the non-white population in general. In comparison, in North America, there is an ongoing debate about the term “New antisemitism.” Antisemitism today is qualitatively different as the Islamic world became “the center of gravity of antisemitism” (Baum, 2016). Anti-Zionism and anti-Israelism as a response to Israel’s problematic policies against Palestinians play a role in the debates on antisemitism⁵. Criticism of Israeli policy towards Palestinians need not be anti-Semitic, but it can overlap with or even mask racial anti-Semitism.

What can ordinary Canadians do to combat this trend?

At this stage, far right is highly atomized movement mostly confined to the online world. The ideologues of far-right do not share the same vision about the future of civilization. They disagree over the means to achieve the “new order.” Even the concept of “whiteness” is a subject of discord. The far right has many anonymous followers who display a relatively high degree of creativity and flexibility in spreading far-right ideology by memes such as Groyper or Pepe the Frog. Not surprisingly, far right groups are taking advantage of uncertainty caused by COVID-19 pandemic and want to mobilize more support.

There are some basic strategies to keep far-right from transforming into an effective political force. To put it simply—apply the rule of the “Four R-s”: Reveal, React, Ridicule, and Repeat. It is of paramount importance to reveal the identity of individuals spreading far-right ideologies and create pressure on the private online platforms to ban accounts spreading online hatred. Public ostracism and public pressure are traditionally effective tools for implementing desired policies. Debunk the disinformation disseminated by radical right on social media. Censorship is a problem for the radical right. We need to cultivate digital literacy and inform the youth and students about actions to halt the spread of the ideologies of hate on campuses. It is always a good idea to follow the institutions that spread awareness about the far right such as antihate.ca or Centre on Hate, Bias and Extremism. Strengthening pluralism and interaction with cultures on a communal level, or support of prejudice reduction programs are effective. In the era of post-truth, we should all be aware of media manipulation and keep in mind that “the internet is a tool, a tactic, and a territory—integral to challenging the relations of power.”⁶

How does the Ground Zero Thought Leaders’ discussion about resilience tie into your work combating antisemitism?

The Ground Zero discussion of thought leaders about building resilience in communities was organized before the keynote lecture of Alice M. Greenwald at the University of Alberta in October 2019. The goal of this event was to “generate a call for action centred on Edmonton’s and Canada’s pluralistic values and strength as a society.”⁷ It was an initial step to open up the space for collaboration, ideas and hopefully, a more consistent roadmap of building resilience in our community. Fighting antisemitism is just one part of a much broader agenda under this call.

How does this work benefit the AU community?

AU’s strategic plan’s “I-CARE” values bind us to “foster respect by contributing to an environment in which every individual is valued” regardless of their ethnicity, culture, religion, gender, and class. Our diverse learners more frequently encounter the far-right discourse online in the public sphere and communities. For example, we have students from the Canadian Armed forces taking AU history courses. Canadian Armed Forces are coping with the increased amount of cases with white supremacist activism. The global increase of incidents in racial and ethnic hatred causes anxiety, insecurity, and fear. Some threatened minorities opted to “de-accentuate” visible signs of cultural or religious difference and decided to go underground. My work is spreading awareness about the risks of a radical right upsurge in the AU community and beyond. Building safe and resilient communities go hand in hand with defending the values of diversity and multiculturalism. These goals concern all of us. 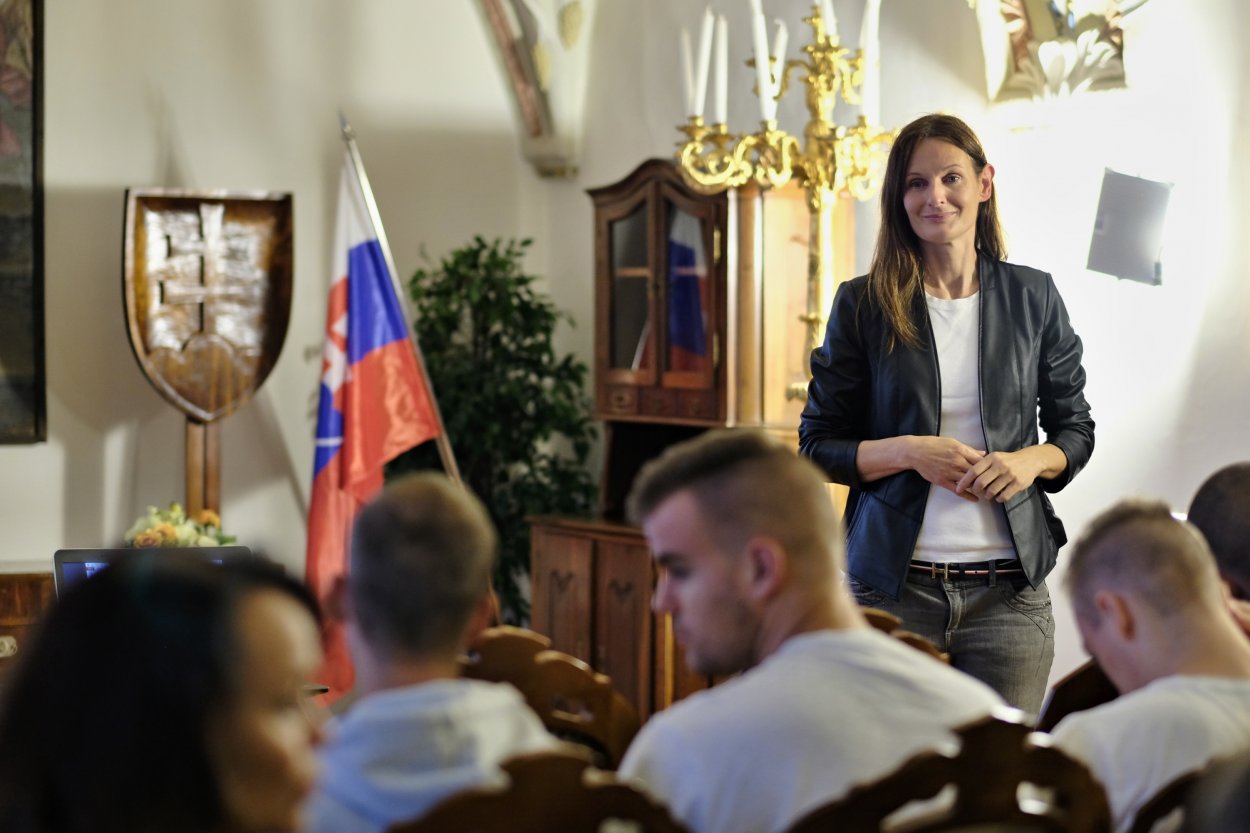 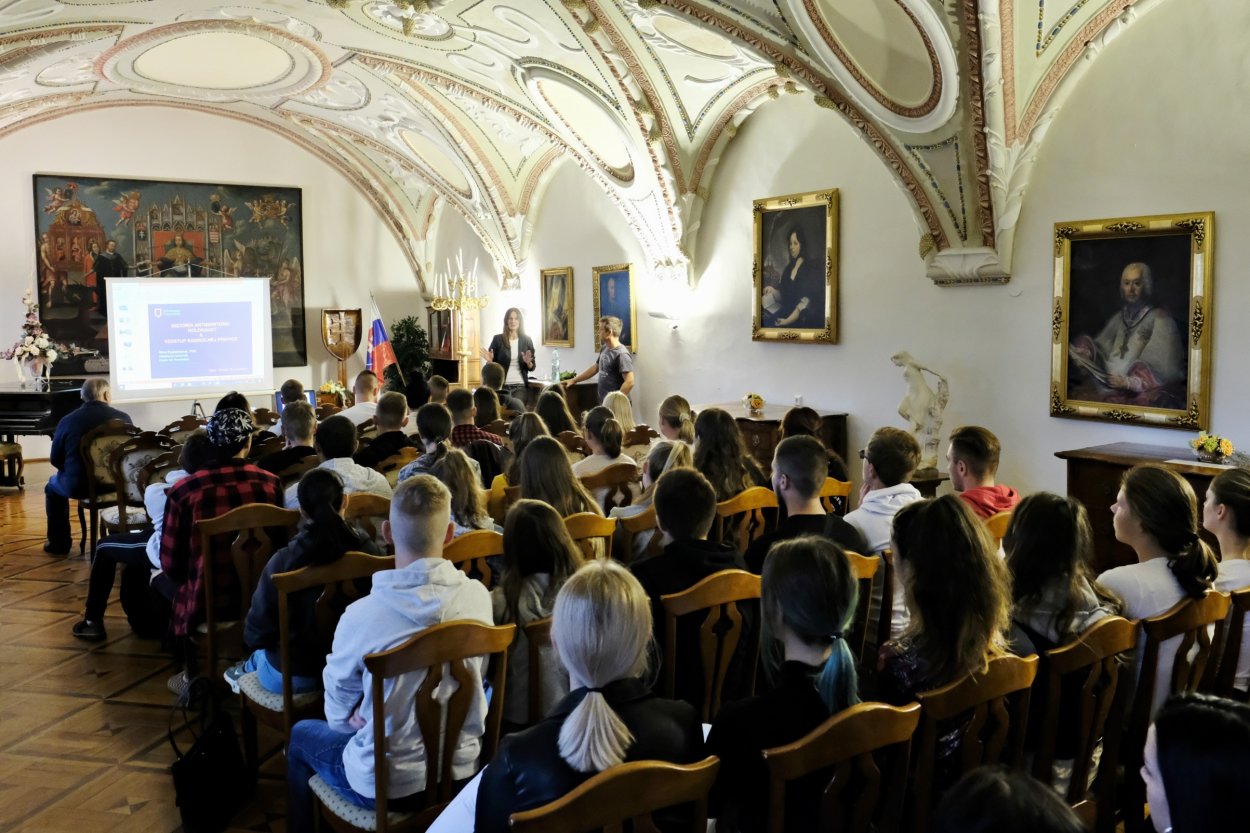 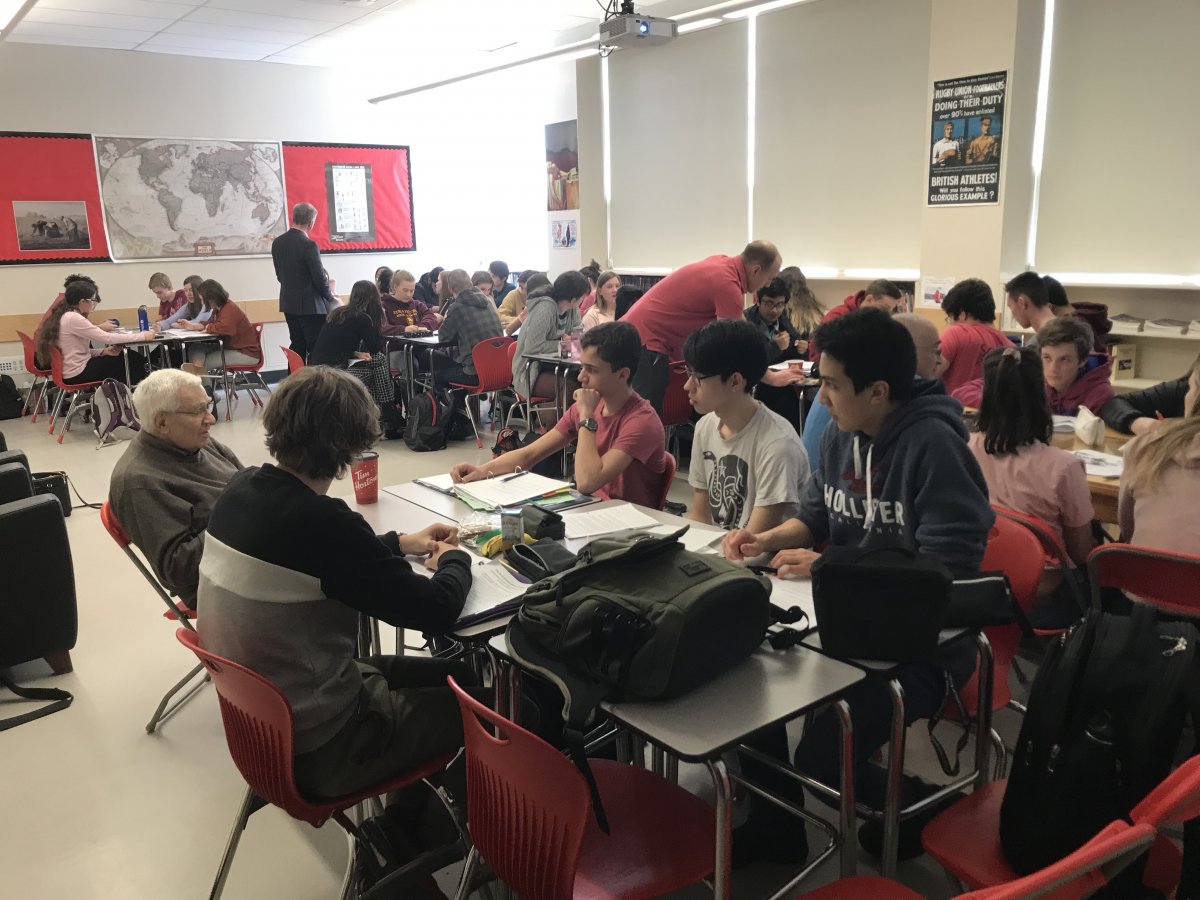 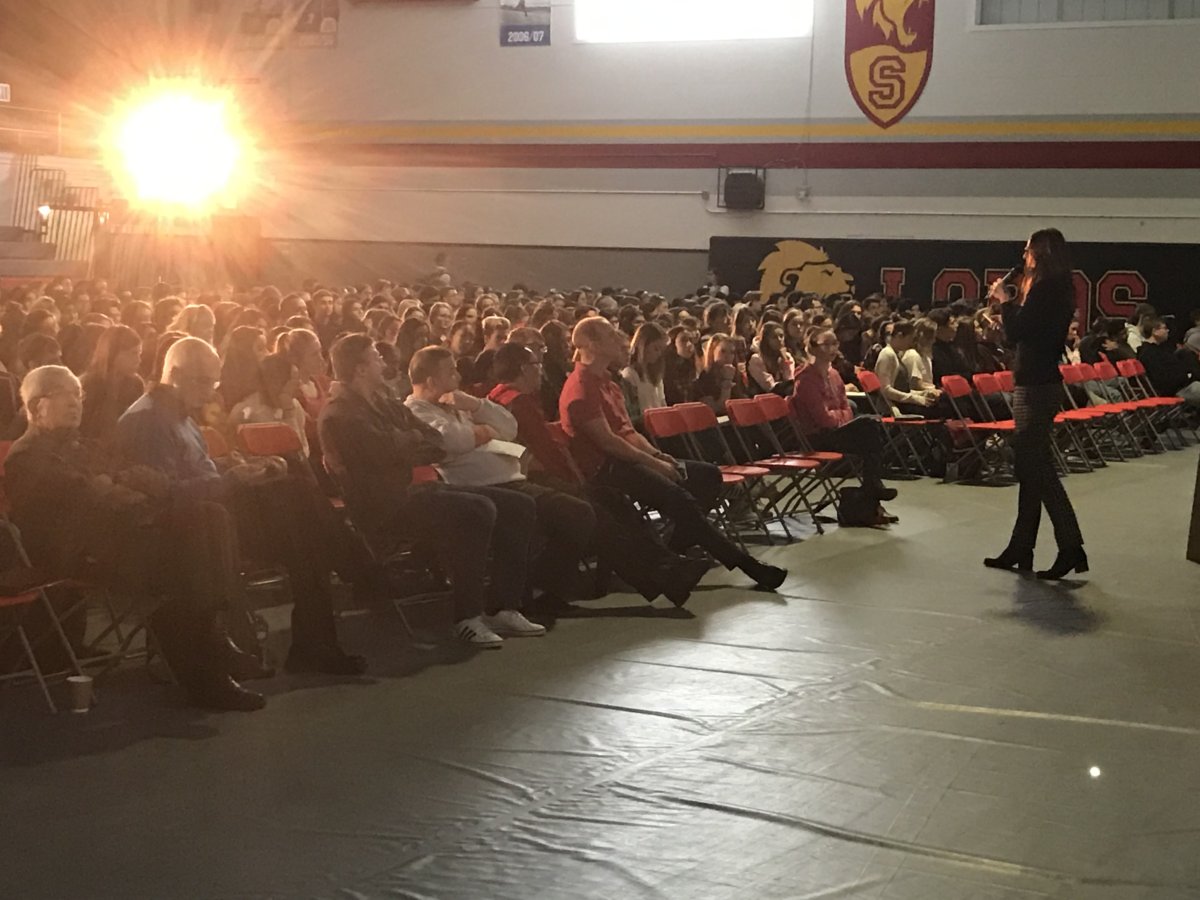 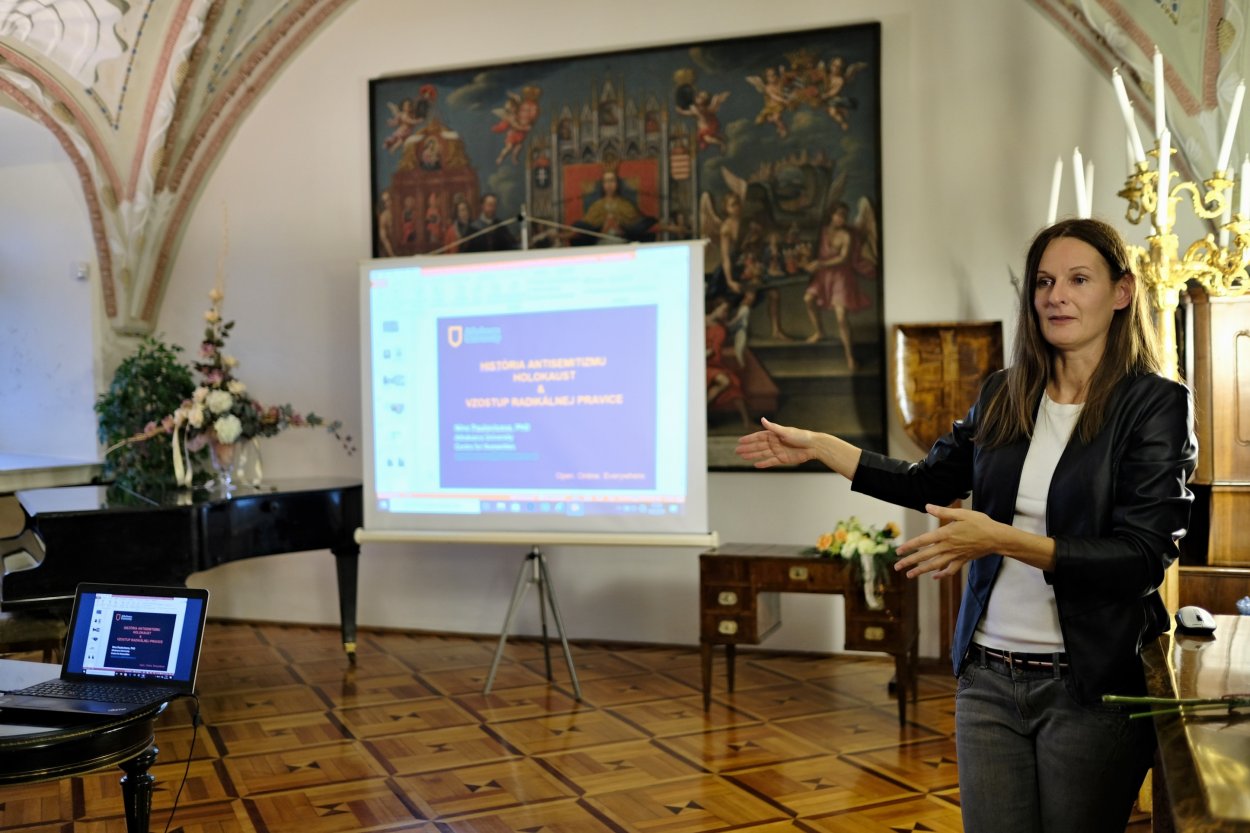 Next Story Spending Earth Hour looking to the sky