Jananee Rasiah, an Academic Coordinator in the Faculty of Health Disciplines (FHD) at Athabasca University (AU), is passionate about her research that focuses on patient engagement, frailty and aging. However, another passion of hers is producing and filmmaking—and she’s making a big impact in the industry.

According to a study done by the Canadian Media Producers Association (CMPA) in 2015, female directors only represented 17 per cent in TV dramas. Noticing the industry was predominantly male or homogenous in terms of culture, Rasiah partnered with Abhilash Mathew and founded FRAME Productions, based in Edmonton, in May 2019.

“This came to be, because I wanted to influence the circles that I was in, and see what would be possible,” she said. “I wanted to work with people from different communities, cultures, ethnicities and speak different languages. Having a diverse and open approach welcomes talent from various cultures and communities.”

Coincidently, Rasiah and Mathew both work in health care, and together, their unique skillsets helped form the perfect partnership to launch this creative venture.

Not only is Rasiah the co-founder of FRAME Productions, but was also a producer, co-director and screenplay writer for the new independent feature film Disguise. The film takes place in Edmonton and surrounding areas and features a diverse cast from the area as well.

“We want to show what equity looks like, rather than just say it. We are demonstrating what equity can look like; our crew and cast are a mix of cultures and genders.”

– Jananee Rasiah, Academic Coordinator in the Faculty of Health Disciplines at Athabasca University

Rasiah noted that another one of the ways she is breaking down the barriers of the industry is by strategically aligning herself with like-minded individuals who also want to make a difference. She speaks more about this in a recent interview with CBC News, Edmonton.

“I always believe in synergy. If you align with people who are working towards the same goal, you can get further,” she said, adding that this is only the beginning and she will be bringing this outlook to all of her future projects. 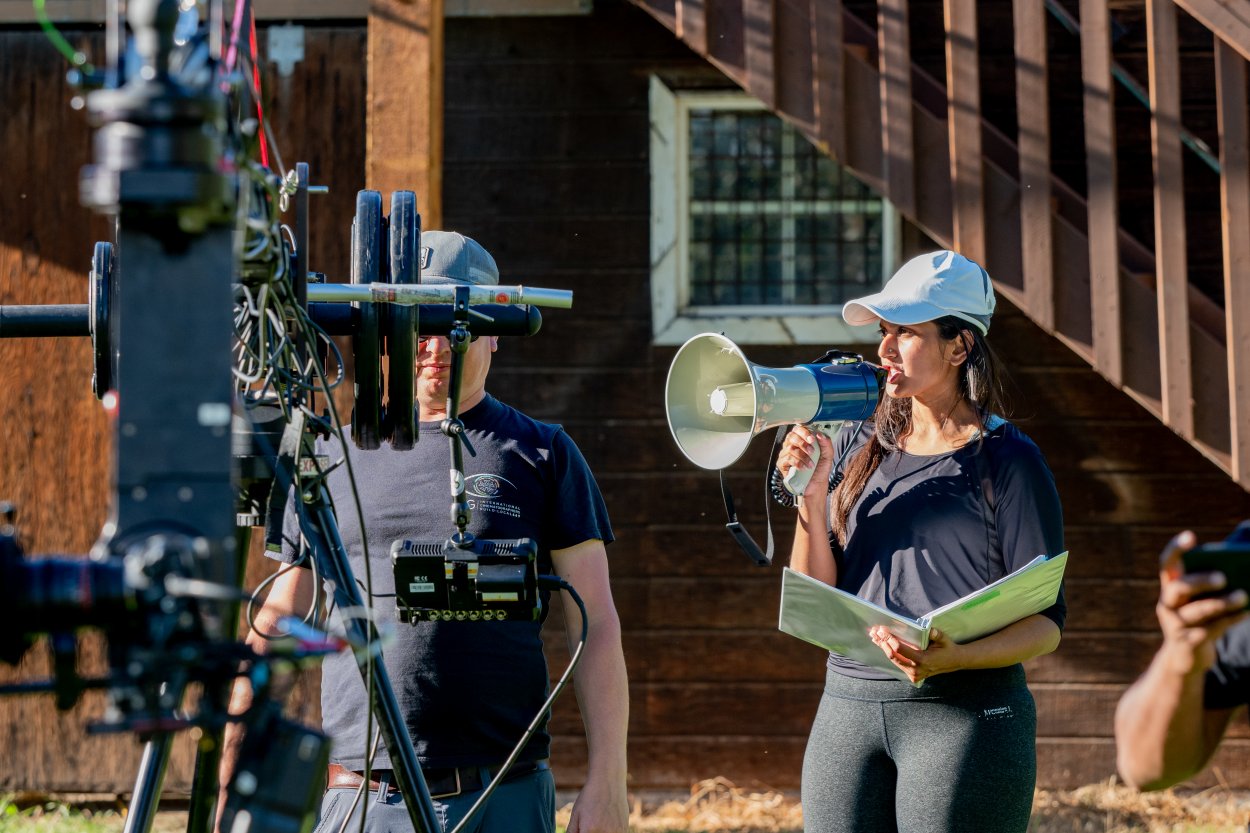 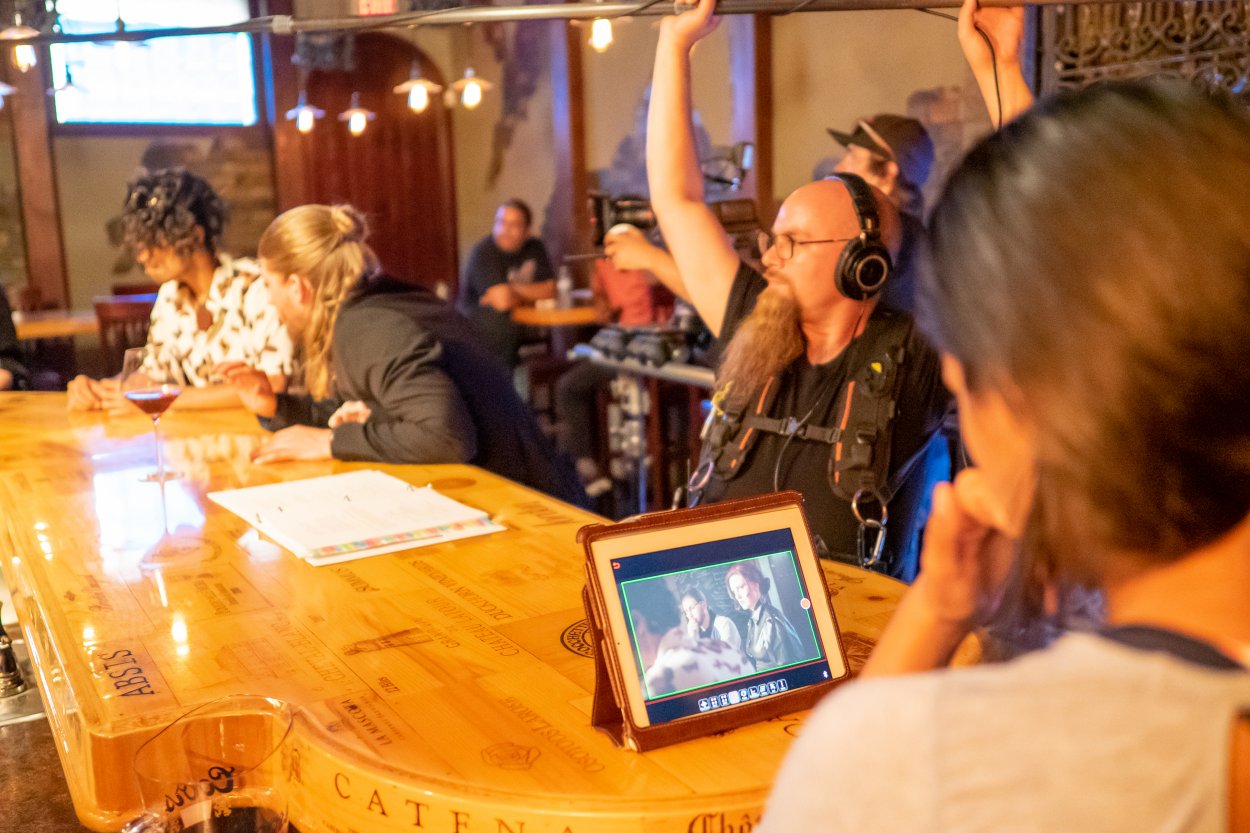 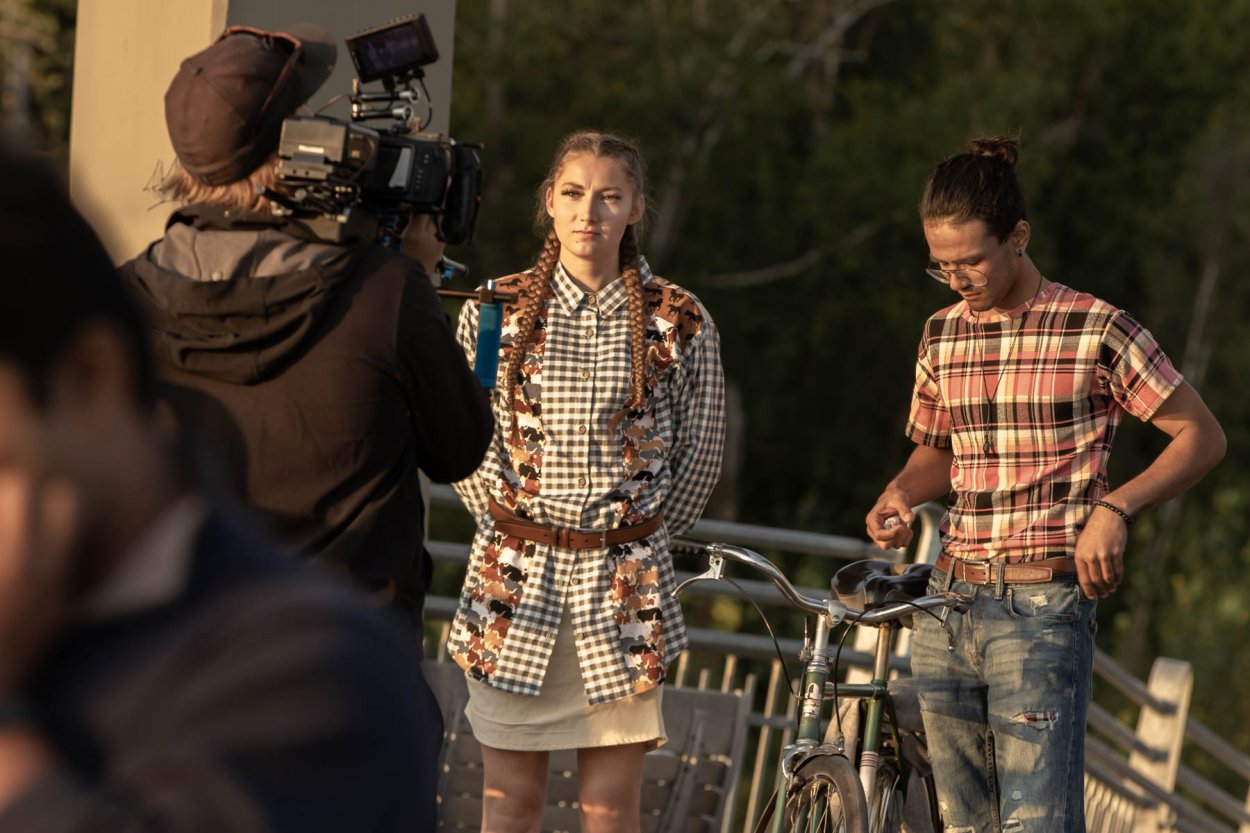 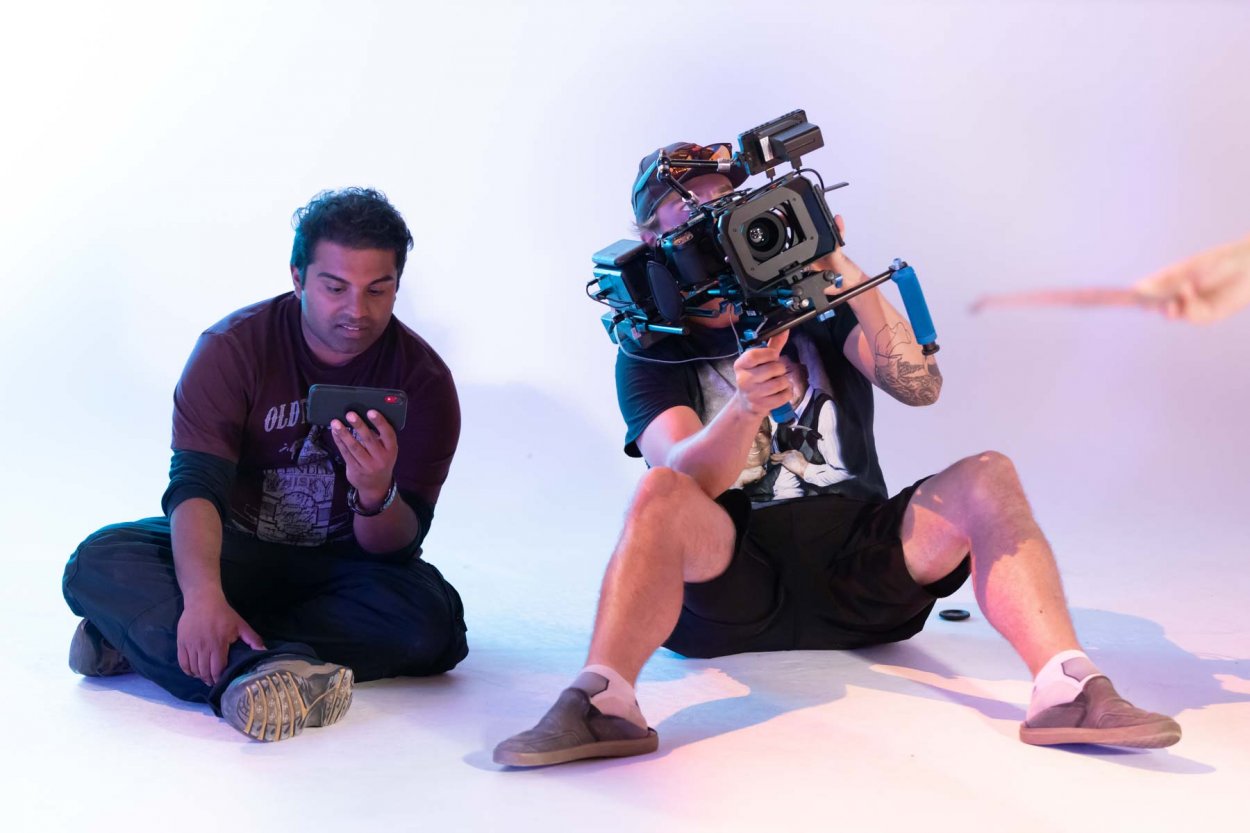 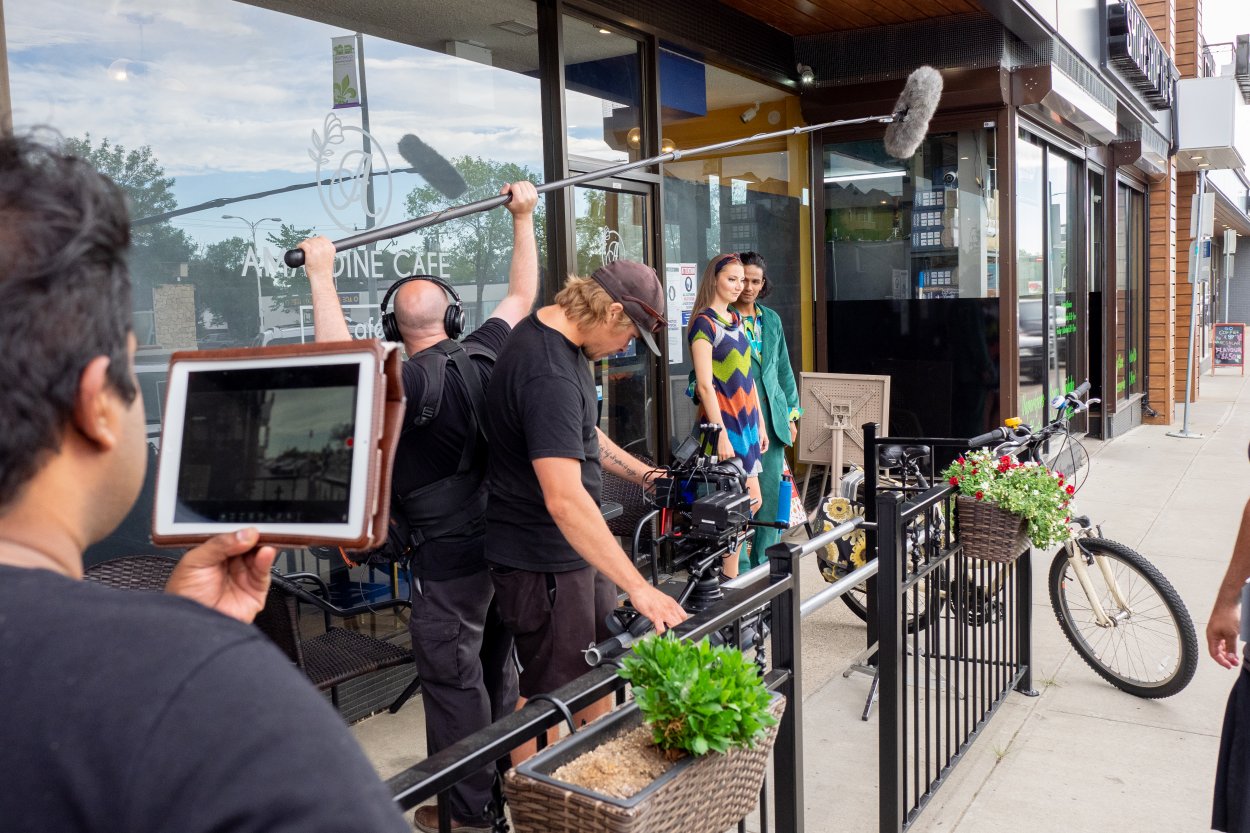 Shifting amidst a pandemic

And, as if breaking down barriers in the industry wasn’t challenging enough, the COVID pandemic added additional hurdles for them to navigate. However, Rasiah and Mathew’s knowledge of health care came in handy when having to make modifications to filming and production to ensure the health safety of the cast and crew.

“Being that we are nurses, we were able to both access and understand up-to-date data about risk of transmission as it became available,” Rasiah said.

“We referred to the Alberta government screening guidelines and developed health and safety protocols. We took the cohort approach and filmed over two weeks. All auditions and rehearsals were online, and we only met in person when needed.”

As for Disguise, Rasiah says they are almost finished in post-production, and hopes to have it released later this year.

“There is lots of work to be done with respect to equity, diversity, and inclusion in filmmaking, but the more we present our approach we take in projects through media, the more it is going to show that this is doable, and our movie “Disguise” is just one example of the concerted effort from others in the industry.”

Filed Under:
Published:
Tagged In:
diversity and inclusion, film, research,

Carolyn Hayes: Defending her master’s thesis amidst a pandemic