There is a remarkable presence of current Athabasca University students and alumni competing in these winter games — with at least 40 members of our AU student community, past and present, representing Team Canada at PyeongChang 2018, in South Korea.

The 2018 AU Olympians are joining the ranks of AU Athletes-Alumni of Olympics past — both summer and winter, and at the Paralympic Games. People like Carol Huynh, two-time Olympic medalist in wrestling, and Master of Counselling graduate who made history in Beijing in 2008, when she became Canada’s first-ever Olympic champion in women’s wrestling (she later earned a bronze medal at the Games in London).

Or Anatomy and Physiology graduate Rhian Wilkinson, who earned bronze in women’s soccer in 2010 and 2014. And Paralympian swimmer Amber Thomas, AU’s 2017 OPEN magazine cover-star student, who won silver and bronze medals at the 2012 London Paralympics.

While Canada is sending three teams to compete in pairs figure skating, four of those six skaters are current or past AU students, including current communications student Kaetlyn Osmond and past AU students and skating partners Meagan Duhamel and Eric Radford.

Congratulations to Kaetlyn, and partners Meagan Duhamel and Eric Radford who helped to bring home Canada’s first gold medal in Team Figure Skating! We are here cheering you on for your upcoming skating events!

Fans of Curling will be cheering on past AU students Cheryl Bernard (Skip), and Marc Kennedy (Second on Kevin Koe’s team), who are both in the running for gold. We’ll simultaneously be cheering on several AU students competing in both men’s and women’s ice hockey teams — people like Laura Fortino, Renata Fast, and Maxim Noreau.

AU student and alpine skier Shannon-Ogbani Abeda will also be making history in PyeongChang as Eritrea’s first winter Olympian. He will be competing in slalom and giant slalom. Good luck Shannon!

During the 2018 Games, tune in to watch Kelly Vanderbeek, former Olympian and World Cup skier-turned-journalist, who is hosting CBC’s Olympic overnight broadcast coverage. Kelly knows the demands of international competition and the extra challenge of pursuing an Olympic dream while simultaneously juggling university. When Kelly was competing for Team Canada on the world stage, including a fourth-place finish in the 2006 Olympics in Torino, Italy, she was also an AU student, later offering this advice for our online learners:

“If you want to be an athlete and pursue your education, there is a way to do it all. You just have to be creative. The programs that Athabasca offers are excellent and can fit into so many lifestyles without deterring somebody from their Olympic dreams or personal pursuits, whatever they are,” said Kelly.

Get out there and cheer on Team Canada! Be part of our cheering squad — championing our AU Olympians loudly and proudly — on Twitter, Facebook, and Instagram. Follow and share in the celebration of peace and goodwill that lives in the Olympic spirit. We’ll be sharing updates using #AUOlympians, #2018Olympics, and #GOCanadaGO!

Unlike many Summer Olympic sports, there are few university scholarships to support athletes training and competing in international winter sports. That imbalance is compounded by the training and competition cycle occurring when most brick-and-mortar schools are in session. This really increases the challenge of competing at a high-level while going to university.

It’s also one of the reasons Athabasca University joined Game Plan’s, Education Network. This network is a core part of Game Plan’s holistic program, providing access to resources for Paralympic, Olympic and Canadian National Team athletes while they are still actively competing and when they retire from high-level competition. Game Plan powered by Deloitte, was created in 2015 by the Canadian Olympic Committee, Sport Canada, the Canadian Paralympic Committee and the Canadian Olympic and Paralympic Sport Institute Network.

“Athletes who invest in their education and athletic endeavors concurrently often perform better in both spheres,” says Jeremiah Brown, Game Plan national manager, noting the goal of the Olympic Movement is to “contribute to building a peaceful and better world by educating youth through sport practised without discrimination — of any kind, and in the Olympic spirit — which requires mutual understanding with a spirit of friendship, solidarity and fair play.”

That goal aligns with AU’s mission and the values we are committed to. It is truly inspiring to be a part of each of these Team Canada athletes’ stories! 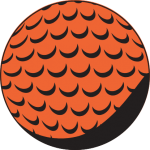 Next Story My chance to get a university degree

Announcements | Learners | Words to the Wise |

Nayef Mahgoub: Fort McMurray and beyond