Hello AU. Let’s take a moment to reflect on the spirit of Bell’s Let’s Talk campaign, which first launched in 2010. The campaign aims to break the silence around mental illness and combat social stigma. The word stigma comes from a Latin word referring to a “mark made on skin by burning with a hot iron.”

At a deeper level, we might say Bell’s campaign aims to question the various ways in which modern society ‘brands’ individuals who experience mental illness – through our talk, through our practices – all the various subtle ways in which people who suffer are made to feel inferior or unworthy of care and concern. It seems that at the heart of Bell’s campaign is a desire to acknowledge the common thread of trauma and suffering that unites us as humans; a thread, however, that tends to exist below the surface of how we present ourselves socially, lest we risk acquiring the mark of stigma.

In the spirit of Bell’s campaign, what new thing can be said about the place of mental illness in the continuum of human suffering?

Well, all humans experience distress from time to time. Once in a while, distress can reach a point where it overwhelms us. It can hijack our operating systems and leave us feeling impaired in our day-to-day life, work, and relationships. Indeed, “significant distress and impairment” are distinguishing features in the diagnostic criteria for many different categories of “mental illness.”

In this way, “mental illness” could be framed as a term we use to describe the experience of people who have reached a point where their suffering has ‘broken the surface’ in much the same way as a volcano or geyser ‘blows off steam’ from beneath the Earth’s surface.

Humour the analogy for a moment…

Everywhere you step on planet Earth, there is magma somewhere beneath your feet. We only call it lava when it reaches the surface. Similarly, how did certain manifestations of human suffering – a common experience ‘beneath the surface’ of every human on the planet – come to be branded as somehow inferior or shameful when they break the surface of our social veneer with greater intensity?

Is it not all just part of the flow of human experience? Do we not all feel varying degrees of distress at some point in our lives? Do we not express it in different ways, at different times, and in different places? In truth, these are issues we all experience one way or another, but in our own unique ways.

We are keen to hear your thoughts about mental illness and other forms of distress. Please send your comments to mentalhealth@athabascau.ca. We value your feedback. Anything you share will be treated as confidential. 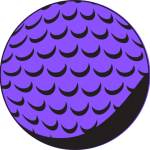